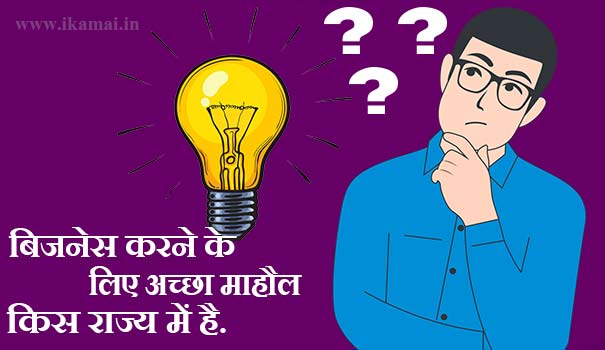 There are many states in the country, and every state has a mechanism to start a startup. to start your own business There is a different atmosphere. Every year states across the country are assessed for Ease of Doing Business in which state can easily start a business. Points are awarded to the states keeping in view the various points related to starting the business. This year also saw competition in the states regarding the ranking of ease of doing business.

This year seven states have earned more than 90% marks in this ranking. These top states include Gujarat, Andhra Pradesh, Karnataka, Haryana, Punjab, Telangana and Tamil Nadu. The Business Reform Action Plan 2020 report was released by the Government of India on 30 June. In this, India was listed the top states on the basis of environment to start business.

Which are the top states in Ease of Doing Business?

In the Business Reform Action Plan report, the states with good business climate can be divided into four categories.

What is in a Business Reform Action Plan (BRAP)

The Business Reform Action Plan 2020 covers 15 business regulatory areas, in which the states are ranked on the basis of more than 301 points. Key points like access of information to the people, single window system so that people do not have to travel to different types of offices, availability of labour, eco-friendly for doing business, method of land administration and transfer of assets, utility permits and other points Are included.

The Department for Promotion of Industry and Internal Trade (DPIIT) has been assessing the Ease of Doing in the states since 2014. Their reports were released every year from 2015 to 2019. Andhra Pradesh had got the top ranking in the 2019 report which was published in September 2020. Uttar Pradesh, Madhya Pradesh, Jharkhand, Telangana also performed well.

In the 2020 report, 118 new reforms were tracked under this report, that is because the states worked on these reforms. These were assessed through 72 action points across 9 sectors to track sector-based reforms. These included trade license, non-objection certificate from the fire department, legal metrology and many other points.

Why Ease of Doing Business Ranking is Important

This ranking of states becomes necessary because even today when a person thinks of starting his business, he finds it a complicated process. When things are made easier to do business, more and more people can be motivated to do business.

Moreover, such assessment encourages competitive spirit among states to outdo each other, boosting investor confidence. And the central and state governments work together to make doing business easier.

Do such reports attract foreign investors?

India is a semi-federal country. That is, here the state government for state issues and the central organization for national issues are formed. There is no doubt that in the last few years, India has improved its ranking in terms of Ease of Doing Business to a great extent. But when a foreign investor thinks of investing in India, he is curious to know which states of India are the best in terms of Ease of Doing Business.

In such a situation, that report of the states published under the Business Reform Action Plan can be of great use to them. Because there is no doubt that the investor would like to invest only where the rules of doing business are easy, simple and reasonable. Therefore, it can be said that if the ranking of a state improves in terms of Ease of Doing Business, then there is a possibility of more investment coming there than before.