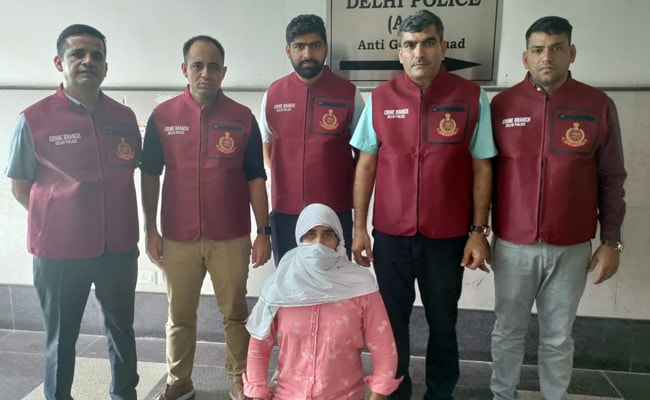 The case of murder of a renowned builder and shooter in Delhi’s Paschim Vihar area has been resolved. Police has arrested 2 accused in this case. The accused say that the builder did not supply him with weapons, so he was murdered. Amit Goyal, a well-known builder of Paschim Vihar area, was shot dead at around 3.45 pm on July 2. After this, the attackers fled from the spot in a golden colored Toyota Corolla car. The car used for the crime was later abandoned.

The deceased Amit Goyal was earlier involved in two cases related to illegal weapons. He was also a partner in Hotel Radisson Blu in Paschim Vihar, but later sold his stake. He was a close associate of gangster Bhupendra alias Monu Dariapur, who was murdered by gangster Sonu Dariapur. At the same time, he was a professional shooter and used to import lethal weapons under the guise of being imported weapons for shooting and misused the import policy made for Indian shooters. He was arrested in 2017 by the DRI along with a Slovenian national for illegally importing 25 automatic imported pistols into India. He was allegedly involved in supplying automatic weapons to gangsters of Delhi, Haryana and UP.

On July 9, Dipanshu’s location was found in Rohtak, Haryana, after which the police team went to Rohtak. There the accused Dipanshu was caught along with his friend Bhupendra.

Let us inform that Pankaj Sahuvasia had introduced Deepanshu to his friend Bhupendra. Bhupendra alias Jokhar, who later killed an Amit from his village, was sentenced to life in a Mukherjee Nagar murder case. Inside the jail, he met builder Amit Goyal, who was imprisoned in a case under the Arms Act. There he became friends with Amit Goyal and Amit Goyal told Bhupendra that if there is a need for state-of-the-art weapons, he can make arrangements. After this, in 2021, Bhupinder was released on parole due to Kovid, after which he was joined by Deepanshu.

Deepanshu approached Bhupinder to arrange a weapon. Bhupinder took him to Amit Goyal, who showed him several pictures of state-of-the-art weapons, a pistol finalized for Rs 2 lakh, Dipanshu paid Amit Goyal Rs 3 lakh for the same. A week later, Amit Goyal handed over the pistol to Dipanshu. Dipanshu takes more money from Navdeep and again pays Rs 10 lakh to Amit Goyal to arrange 2 more pistols, but after this Amit Goyal fails to give the weapon and threatens to face dire consequences if he calls Dipanshu again. Started giving

On June 22, Deepanshu got angry with such threats given by Amit Goyal and decided to eliminate him. He took Sumit Soup, his old acquaintance from Baghpat. He further bought a Corolla vehicle on June 29 from a Sourav of Baprola village for one lakh rupees and started doing recce of Amit Goyal. On July 2, he along with Sumit reached Jawalaheri market in Corolla car and waited for Amit Goyal to come. Fired 5 rounds from the same pistol sold by Amit Goyal. After this he ran away with Sumit in a Corolla car. Sensing danger from police checking near Nihal Vihar check post, he threw the pistol into a nearby drain and abandoned the Corolla car near Mundka industrial area. After this Sumit and Deepanshu went on separate paths. Dipanshu went to Bhupendra Jokhar, he took him to the hideout of his acquaintances in Rohtak and surrounding areas.