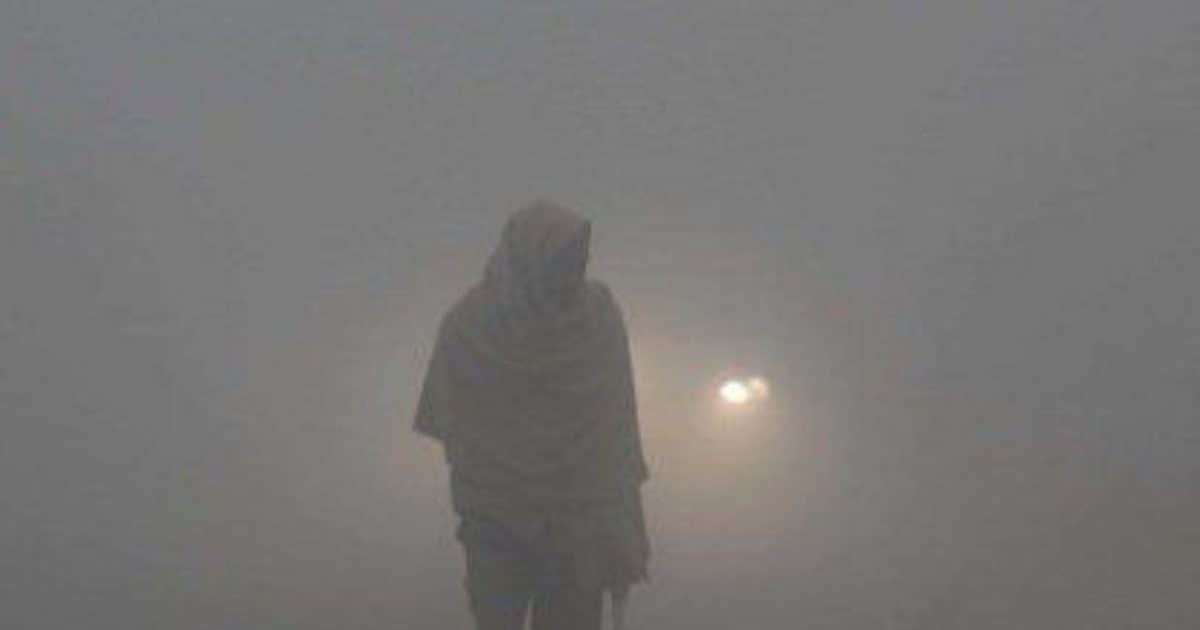 There is a possibility of very dense fog in the northern parts of the country.

The havoc of severe cold that has been going on for the last few days in North India is going to continue even further.

Severe cold wave may occur in Punjab, Haryana and North Rajasthan in two to three days.

new Delhi. According to the India Meteorological Department (IMD), there is a possibility of dense to very dense fog in the northern parts of the country including Punjab and Haryana this morning. The havoc of severe cold that has been going on for the last few days in North India is going to continue even further. The Meteorological Department has said that on the morning of December 25, there will be dense fog in most of the plains of North India and after that it will subside. Severe cold wave conditions can be seen in Punjab, Haryana and North Rajasthan during the next two to three days. Many trains were running late on Saturday due to fog.

In its weather bulletin, the IMD said, “Due to the continuation of high moisture in the lower tropospheric levels and light northerly winds over the plains of northwest India, heavy to very heavy falls at many places over Punjab and Haryana, Chandigarh in the morning of 25 December.” heavy fog likely to persist. After this, there is a possibility of dense fog at different places in these areas for the next 4 days. Whereas on Sunday morning, dense fog has also been predicted in different areas of Himachal Pradesh, Delhi, Bihar, West Bengal and Sikkim, Odisha, Assam and Tripura. According to the Meteorological Department, similar weather conditions will prevail in Uttar Pradesh and North Rajasthan on the night and morning of 25-26 December. After that the speed of fog will decrease.

According to IMD, cold wave is likely to become more severe in Rajasthan, Punjab, Haryana and Chandigarh in the coming days. The Meteorological Department said that due to dry northern and northwesterly winds coming from the Himalayas in the plains of northwest India, there is a possibility of severe cold wave in isolated areas of north Rajasthan during the next 3 days. Cold day to severe cold day conditions are likely to prevail at isolated places in Punjab and Haryana, Chandigarh and Delhi during next 3 days and Himachal Pradesh during next 24 hours. Meanwhile, during the next three days, the minimum temperature in North India will drop by two degrees Celsius.