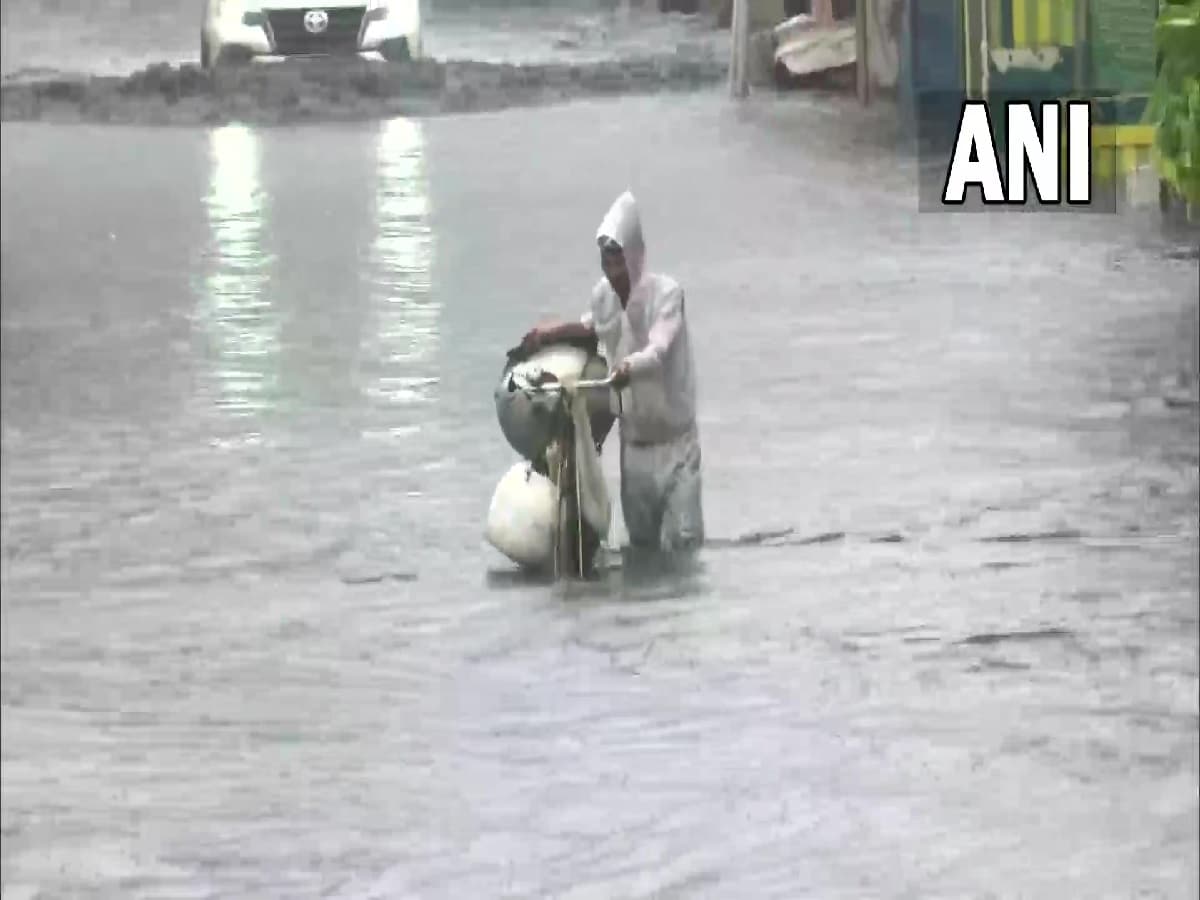 New Delhi: Monsoon has become fully active in the country and rain continues to wreak havoc in many states. The Indian Meteorological Department has forecast torrential rains in many states including Maharashtra and Goa. (Heavy Rainfall Alert) Warning issued. These include Madhya Pradesh, Bihar, Odisha, Andhra Pradesh, Telangana, Himachal Pradesh, Uttarakhand and Jammu and Kashmir and other states where the IMD has issued an alert regarding rain. In these states, the rains continued in many areas and in separate incidents related to it, roads and bridges have been damaged, as well as life and traffic have been affected.

After the warning of the Meteorological Department, intermittent rain continues in Mumbai. At the same time, IMD has issued a high alert for other cities of Maharashtra including Mumbai. In view of the rising sea level, the beach will be open to the general public from 6 am to 10 am. That is, orders have been issued to close the middle from 10 o’clock. Red flags have been put up at Mumbai’s Girgaum Chowpatty and ropes have been tied so that no one tries to go ahead.

In Mumbai today at 7:15 pm there is a height of 3.6 meters. During this, 11 feet high waves will rise in the sea. Several teams of police have also been deployed to ensure that there is no accident. In fact, in the last few days, many people have lost their lives due to going into the sea, therefore, BMC has taken this decision for the safety of Mumbaikars.

There will be rain in these districts of Madhya Pradesh

Boulders fell from a hill on Badrinath Highway near Govindghat Pinola in Uttarakhand. In this incident, the windows of two buses were broken. However, during this time all the passengers remained safe. On the other hand, bridges connecting villages in many areas have been broken after heavy rains in Pithoragarh district. The local people are forced to take a risk and cross the path from the collapsed bridge with the help of trees.

The cloud did not burst near the Amarnath cave, the Meteorological Department told this reason behind the accident

Debris has been filled in Bageshwar due to landslides due to rain. Due to this, seven houses and a cowshed are reported to have been damaged in the district. According to the Meteorological Center Dehradun, in the last 24 hours, the highest rainfall in the whole of Uttarakhand has been recorded in Shama of Kapkot, 243.5 mm. Due to the possibility of heavy rains, where schools have been closed on Saturday in most of the districts of the state. Saryu and Gomti rivers are in spate in Bageshwar.

Due to rain in Jammu and Kashmir, many villages lost contact

Last night’s rain in Mendhar sub-division of Poonch district has caused damage in many remote rural areas. In Mendhar’s Salwa, Banola and other villagers, the road and bridge have been washed away. Contact has been lost with many villages here. On the other hand, one person died due to rain in Poonch district.

(with input from language)