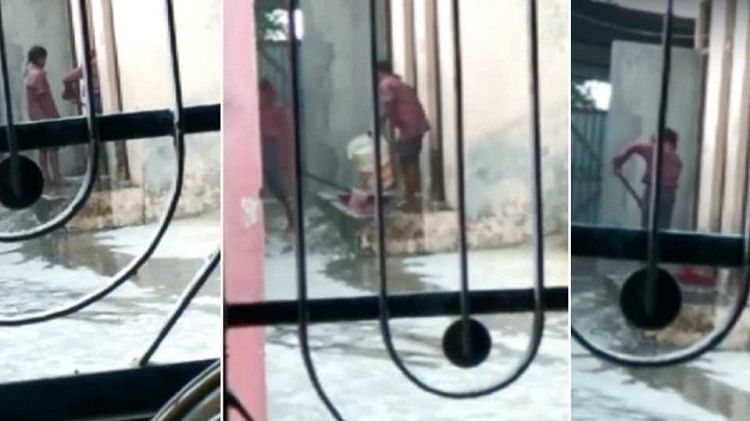 A video of girl students cleaning toilets in a school in Punjab’s Hoshiarpur district is going viral on social media. This has angered the parents of the school students. In the viral video, girl students are seen cleaning the bathroom of the school. The girls are filling buckets of water and throwing them in the toilet and cleaning outside with wipers. No teacher is visible together.

When the school teacher Harjinder Kaur was talked to on the viral video, she said that a cleanliness drive has been started in the school. This is the reason why the children were busy in cleaning. Guardian Darbara Singh, a resident of the village, demanded strict action against the teachers concerned and said that his daughter is also in class four.

Her daughter was not seen in the viral video but the daughter told that she was cleaning inside. A complaint has been sent to Chief Minister Bhagwant Mann, Education Minister Harjot Bains, District Collector and Basti Sansia Sarpanch and Numberdar Jatinder Joti demanding action.

Parents say that we send our children to school. He expressed anger and said that the school teachers should not have made the children clean the toilet. He said that the teacher who got the toilet cleaned should be dismissed from the job.

I was on vacation. Two teachers who were present in the school said that they were also cleaning together but when asked about not being with them in the viral video, they said that she was cleaning inside the toilet. All these works were going on under the cleanliness fortnight. Head teacher Dilbag Singh.

The matter has just come to my attention. I will take strict action and higher officials will be sent in writing for further action. – DEO Elementary Sanjeev.