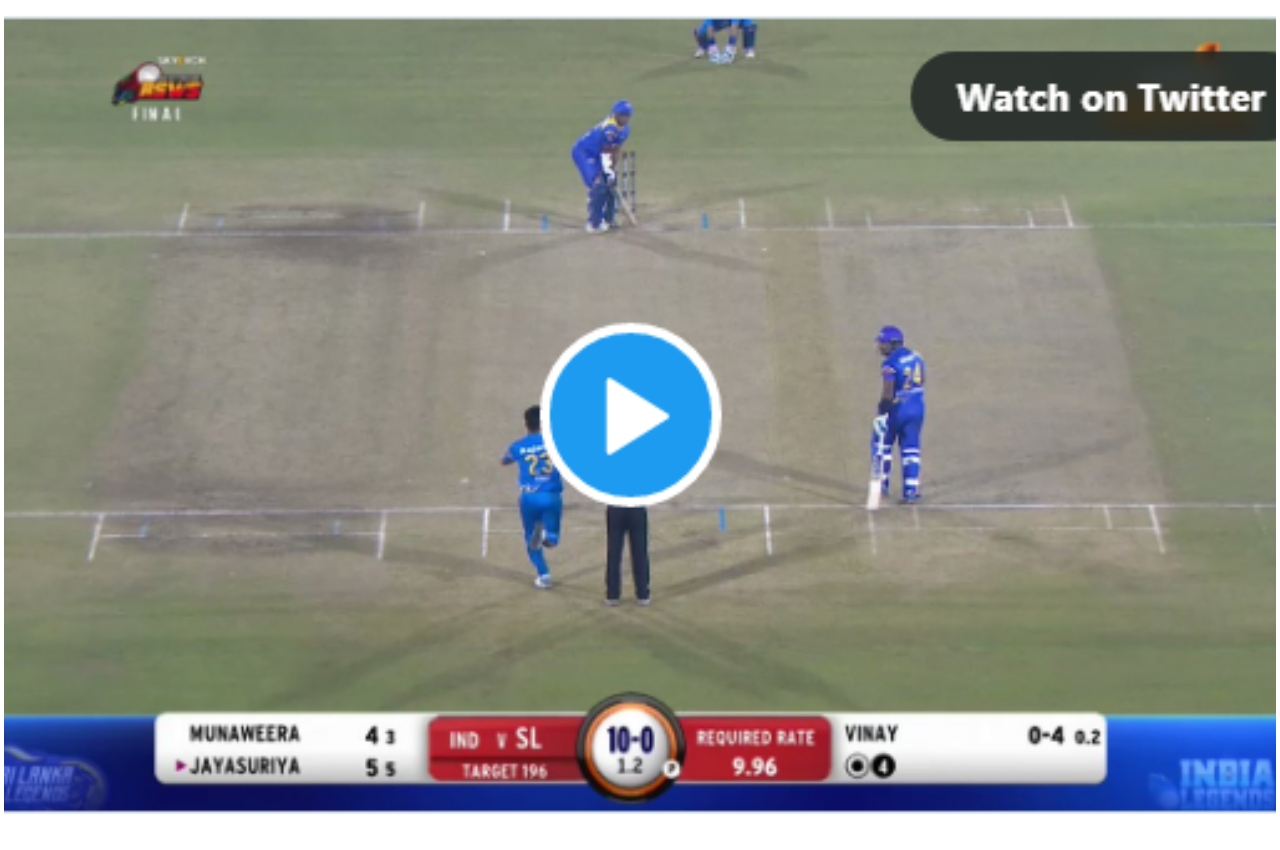 Raipur: Under the Road Safety World Series, the final match between India Legends and Sri Lanka Legends was played in Raipur on Saturday. Legendary cricketers from all over the world have participated in this series. Batting first in the final match, Sachin Tendulkar’s Team India Legends scored 195 runs in 20 overs. Naman Ojha robbed accolades in the corridors of cricket by hitting a brilliant century. After the stormy innings of Naman, India Legends bowler Vinay Kumar created a ruckus.

Vinay Kumar, chasing the target, stunned Sri Lanka Legends opener and veteran batsman Sanath Jayasuriya in such a way that he was stunned. Jayasuriya, who was playing 5 runs in 5 balls, had scored a boundary and was trying to take his team to a strong position.

#VinayKumar taking the big man out of this game🫡

Vinay Kumar, who came to bowl over the wicket, as soon as he bowled the third ball of the second over, Jayasuriya tried to play it across the line, but he missed and the ball flew off his off-stump. This ball was so dangerous that the off-stump flew off and fell several feet away, hitting Gulati in the air.

India Legends captain Sachin Tendulkar was delighted to see the stormy bowling of Vinay Kumar. Vinay Kumar took one wicket for 16 runs in the first two overs. Talking about Vinay Kumar’s international career, he played 1 Test, 31 ODIs and 9 T20 International matches for India. In 9 T20Is, he took 38 wickets in 10 and 31 ODIs.