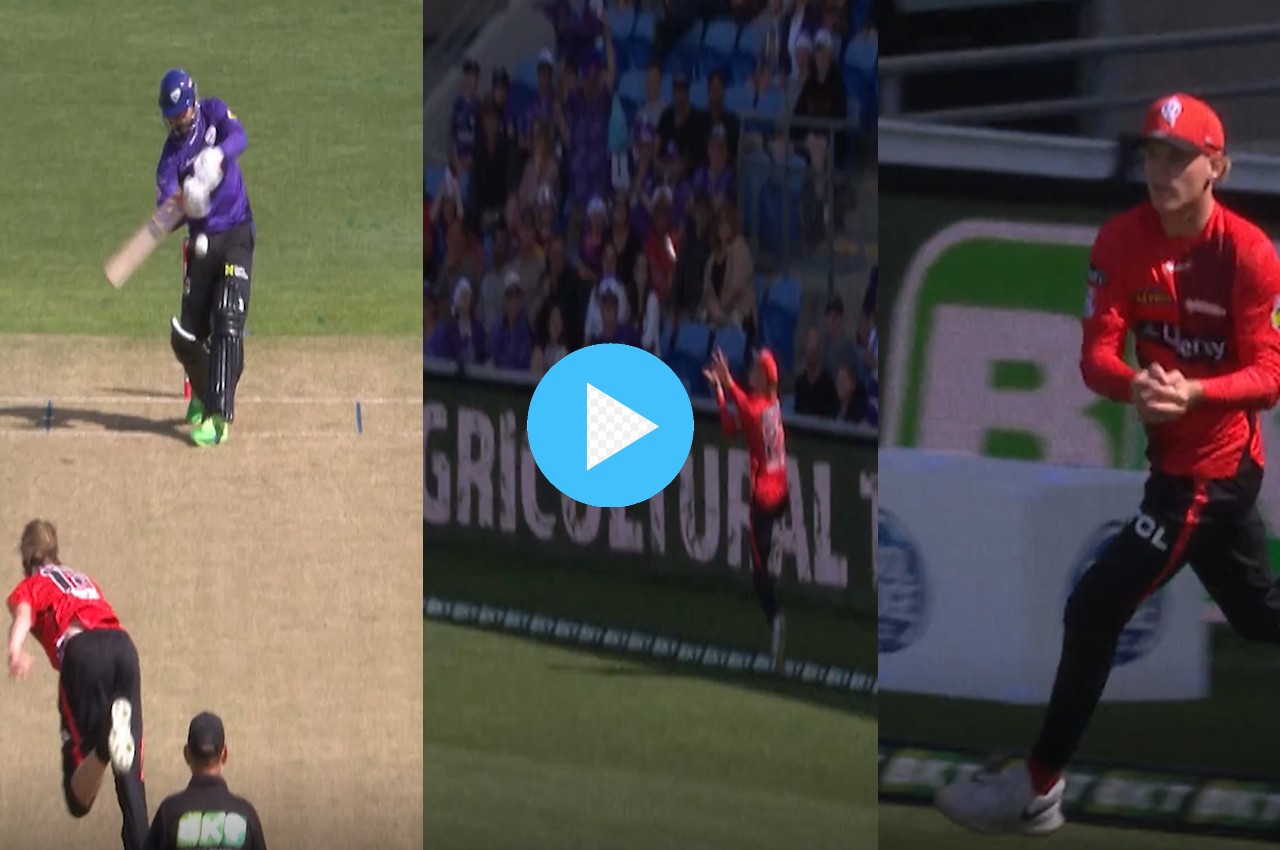 Big Bash League: The craze of Australia’s domestic cricket tournament Big Bash League is now raising the heads of cricket lovers, because something new is being seen in every match. In the match of Melbourne Renegades and Hobart Hurricanes, a 20-year-old player took such a catch, which everyone was surprised to see, whose video is also becoming increasingly viral on social media.

In the match between Melbourne Renegades and Hobart Hurricanes in the Big Bash League, 20-year-old young player Jake Fraser has caught a brilliant catch, in fact, playing for Hobart Hurricanes, Pakistan’s star batsman Shadab Khan pulled a tremendous pull shot off David Moody’s ball. Hit, the ball was about to cross the boundary straight towards the square leg as soon as it hit the bat, but in the meantime Jake Fraser suddenly came in the middle like Superman.

At one point, it seemed that Shadab’s shot would be a straight six, as the ball almost reached the boundary, but Jake Fraser, guessing correctly, ran fast and suddenly sprang up and caught the catch in the style of Superman, first Frazer Caught the catch and tossed the ball in the air towards the ground, then came inside the boundary and caught the ball comfortably. Whose video is fast going viral on social media.

After this catch went viral on social media, he is being praised everywhere, while seeing this catch of Fracher, all the players present on the field including batsman Shadab Khan were surprised, because the catch was so spectacular. Shadab was dismissed for 14, although his team went on to win the Hobart match. But the video of Jake Fracher’s catch is being liked a lot.