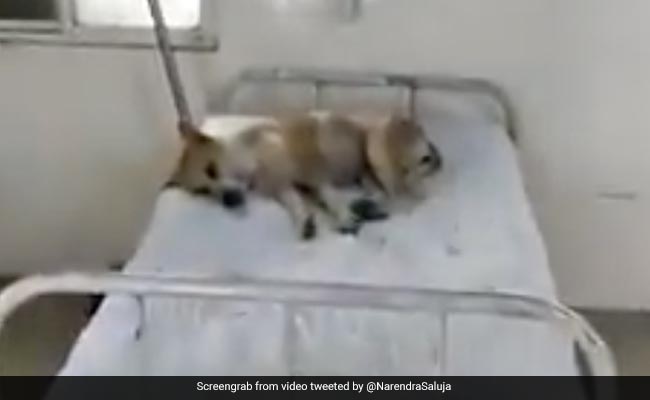 Dog sleeping on the bed in Ratlam hospital.

A video of a dog sleeping on the bed of a hospital in Ratlam district in Madhya Pradesh went viral on social media on Friday, following which the opposition Congress slammed the BJP government in the state for its worrisome health system. Ratlam’s Chief Medical and Health Officer Dr. Prabhakar Nanaware told Madiya that he was on leave, so he was not aware of the incident.

State Congress spokesperson Narendra Saluja said in a tweet that dogs are getting good sleep under BJP rule while patients are not getting beds in hospitals. Saluja claimed that the video is from a government hospital in Alot in Ratlam district. He tweeted, ‘Worrying health system’.