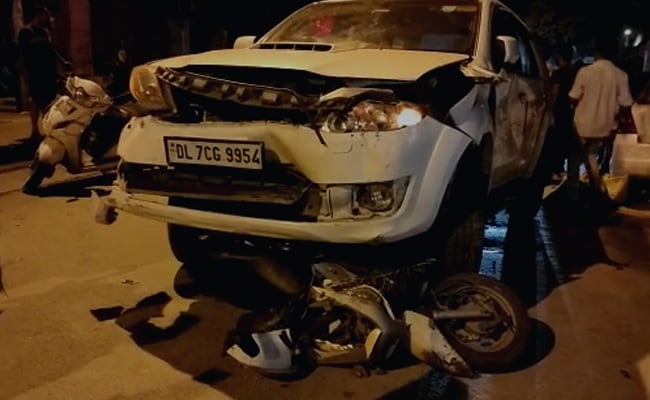 A speeding Fortuner car has hit many vehicles in Karol Bagh area. The accident happened when the driver was running at over speed. A Toyota Fortuner rammed a series of stationary vehicles and dragged a man for nearly a hundred meters in Delhi’s Karol Bagh on Monday. All this incident was recorded in the CCTV camera. It is shown in the video that a woman is seen standing on the side of the road as the woman is shocked when the SUV car hits the vehicles.

The damaged remains of damaged cars and two-wheelers are also visible in the video. After the incident, a crowd of spectators gathered on the spot and people started taking photos. The SUV is currently in police custody and the driver is missing. The police is investigating the matter.