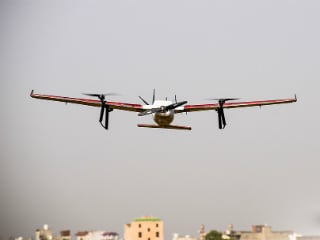 The Pentagon, the headquarters of the US Defense Department, said on Tuesday that it had killed an Islamic State leader in Syria in a drone strike. Pentagon Central Command spokesman Lieutenant Colonel Dave Eastburn told AFP that Maher al-Agal was killed and one of his top aides seriously injured while riding a motorcycle near Jindires in northern Syria. The Syrian Observatory for Human Rights also reported It has been confirmed that the drone has been killed in the attack.

The Volunteer Syrian Civil Defense Force, known as the “White Helmet”, has said one person was killed and another injured in an attack targeting a motorcycle outside Aleppo, but the dead were not killed. While not identified, US Central Command has named him one of the “top five” leaders of Islamic State overall. In addition to being a senior leader, al-Agal worked to expand IS networks outside Iraq and Syria, the statement said. According to a spokesman for the Kurdish Syrian Democratic Forces, the two men targeted had links to Ahrar al-Sharqiya, an armed group operating in northern Syria.

Video: Ravish Kumar’s prime time: Who threatened the judge, why the game has become a jail