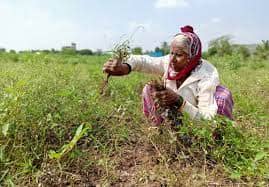 To make it easier for farmers to get a Kisan Credit Card (KCC), Union Bank of India and Federal Bank on Monday launched pilot projects, the lenders said.

Under the pilot projects, the lenders will do away with the need for physical documents such as land records and in-person visits to a bank branch to get KCCs.

The projects are part of the RBI initiative for the digitalization of rural finance wherein banks are collaborating with Reserve Bank Innovation Hub (RBIH).

Chief Product Manager, RBIH, senior management from the bank and more than 400 farmers from the district.

“It is aimed at overcoming the challenges faced by farmers like in-person visit to a bank branch, submission of land ownership and other documents, and high turn-around time in getting the KCC.

Based on the learnings from the pilot, it is planned to expand the digitalization of KCC lending to other districts of Madhya Pradesh and gradually across the country,” Union Bank of India said in a release.

One can apply for a KCC with the help of a mobile handset only and there is no need to visit a branch, she said, adding the process needs no document submission as farmland verification will be done online.

“The Turn Around Time (TAT) reduces as the entire sanction and disbursement process gets completed in a couple of hours,” Manimekhalai said.

Federal Bank said it will use digital capabilities such as eKYC and eSign, APIs (Application Programming Interfaces) developed by the TN-eGA and machine learning capabilities to offer KCC in a digital manner.

The facility aims at providing small value loans to small and marginal farmers, and is designed to facilitate efficient credit flow to unserved and underserved rural populations, the lender added.

This launch will accelerate the transition towards quicker access to credit from the organized banking system and is one more decisive step in the formalization of our economy, Shyam Srinivasan, MD and CEO, Federal Bank, said.

Rajesh Bansal, Chief Executive Officer, RBIH said, In India, rural credit is closely linked to economic growth. In this context, we at RBIH have developed a pilot project for the end-to-end digitalisation of the Kisan Credit Card (KCC) lending, in association with RBI.” The KCC scheme was launched in 1998 to meet the short-term financing needs of farmers. Credit cards are offered on the basis of farmers’ land holdings and they can use the credit to purchase agriculture inputs such as seeds, fertilizers, pesticides as well as draw cash for their production needs.

In 2004, farmers were allowed to use KCCs for farm allied and non-farm activities. It was gradually simplified with the issue of electronic Kisan Credit Cards in 2012 among others.
These short-term crop loans under KCC are up to Rs 3 lakh. It is covered under the interest subvention scheme allowing farmers to get subsidy on interest on timely repayment of loan to banks.