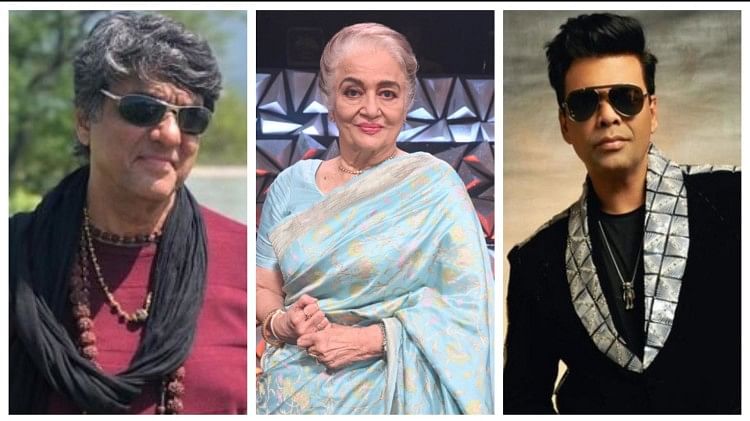 Apart from the film characters of Bollywood stars, fans are also very interested in their personal lives. When favorite stars tie the knot, the fans rejoice as it is the case of their family. At the same time, there are some Bollywood stars who never got married. He is enjoying his single life. Interestingly, some of them have no intention of getting married. Let’s know about those celebs…

Asha Parekh, the famous actress of Hindi cinema, is known in the industry for her acting and films. Recently he has been honored with Dadasaheb Phalke Award. Today the actress is celebrating her birthday. She has turned 80. Asha Parekh, who stole millions of hearts with her beauty and acting on screen, is completely alone in real life. He never married, which he does not regret at all. There is an interesting anecdote behind this. It was not that Asha Parekh never wanted to get married. But due to an incomplete love story, she remained alone for the rest of her life. According to reports, Asha Parekh was in a relationship with the well-known director of that era, Nasir Hussain. But Nasir was already married, due to which their relationship could not reach any point.

Actor Mukesh Khanna, who made a splash with children by becoming Shaktimaan, is often in the news. He is 64 years old and single. Actually, the actor never married. According to reports, when Mukesh Khanna played the role of Bhishma Pitamah in ‘Mahabharata’, he was impressed by it and decided to remain unmarried for life. Hence, they never married.

Actor Akshaye Khanna, son of famous actor Vinod Khanna of his time, is also unmarried. Although he has had an affair with many beauties, but he could not talk with anyone till marriage. Akshaye Khanna is 47 years old and single. During a conversation, he had said that he is enjoying his life like this.


Director Karan Johar, who presented love stories on the film screen in a romantic way, celebrated his 50th birthday with pomp in May this year. But, when it comes to marriage, she is still single. However, Karan Johar has said in recent times that he misses a life partner at this stage of life. It will be interesting to see if the shehnai plays in his house in the coming days!