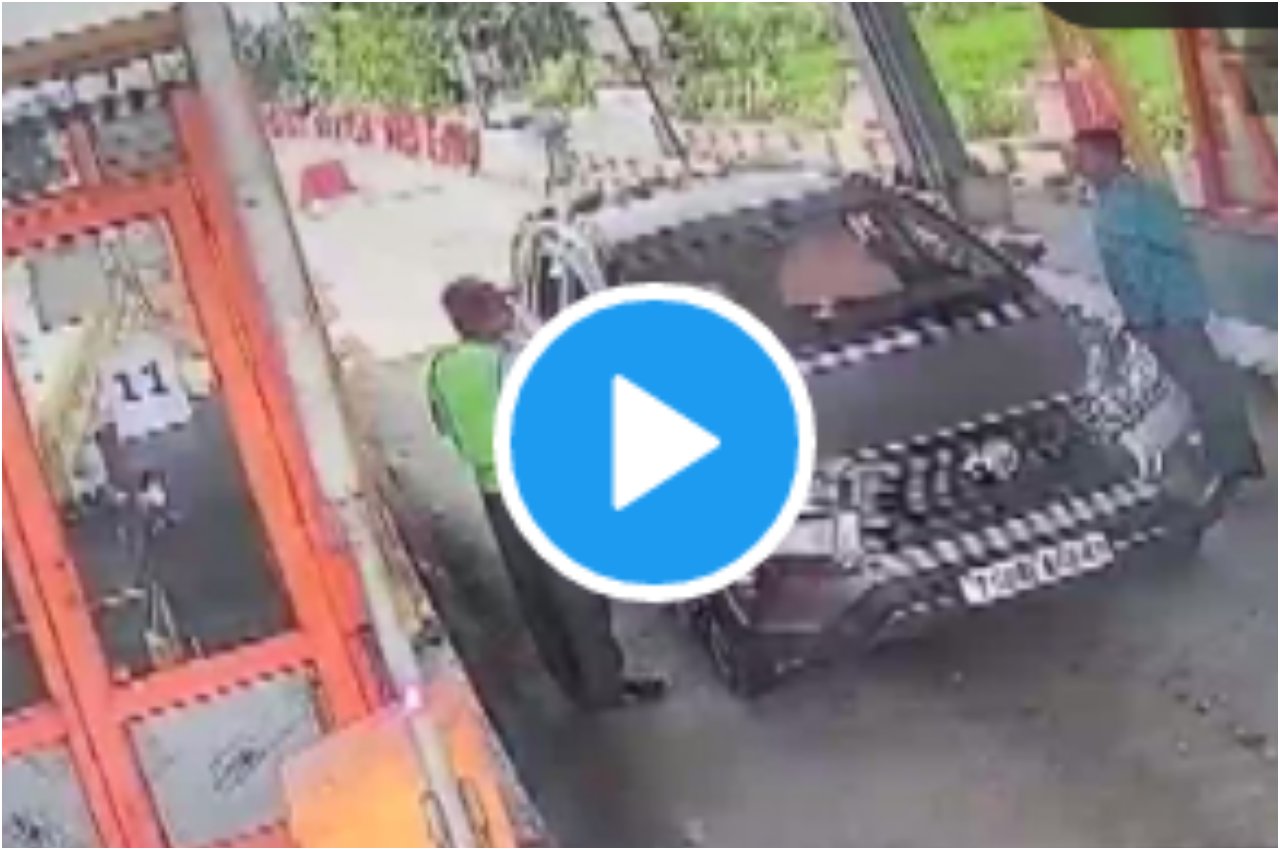 It can be seen in the video that after the car stops, some people come out of it and after an argument, start a scuffle. After a while some more employees of the toll plaza come. After this the fight escalates. The employees alleged that the toll was also vandalised.

According to the information, the Nasrulabad sarpanch of TRS was asked to pay the toll fee, after which the incident took place. DCP Shamshabad R Jagadishwar Reddy said that there was an argument between toll plaza employees and TRS sarpanch at Shadnagar toll plaza. We have registered cases against both the parties as both had complained. Action will be initiated against those who attacked and vandalized the toll plaza. The DCP said, ‘A case has been registered against both of them. It is noteworthy that there is a TRS government in Telangana.