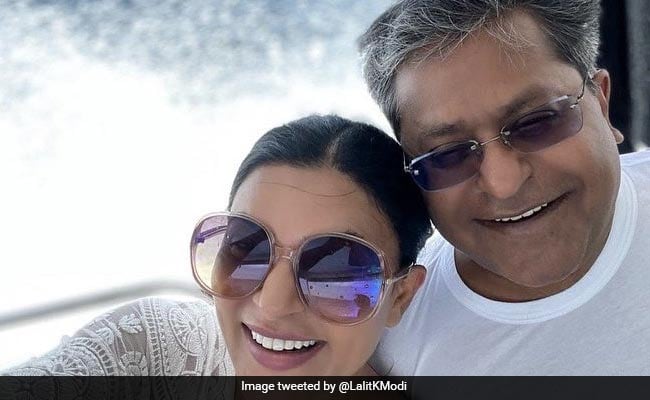 Sushmita Sen these days is dominated by her personal life rather than her professional. Recently, the news of Sushmita Sen’s relationship with the first IPL chairman Lalit Modi is becoming fiercely viral on social media. Lalit Modi has shared many romantic pictures with the beauty queen. Fans are still shocked to hear this news. At the same time, Sushmita Sen’s brother Rajiv Sen has talked about this. Not only the fans but the family is also surprised to hear these pictures and the news of their relationship. On the other hand, Sushmita’s brother Rajiv says that nothing is known about this yet, I will talk to my sister about this soon. I still can’t believe it.

Just back in london after a whirling global tour #maldives # sardinia with the families – not to mention my #betterhalf @sushmitasen47 – a new beginning a new life finally. Over the moon. pic.twitter.com/Vvks5afTfz

Let us tell you that when Lalit Modi wore it, he wrote a better half by sharing many pictures with the actress. After which everyone started feeling that both of them got married. At the same time, it was only after this tweet that they cleared the fans that they are dating each other. Let us tell you that Sushmita Sen had a breakup with her boyfriend Rohman only last year. He himself shared the picture of his backup on social media.

Well-known star Sushmita Sen has been the Miss Universe of 1994. After this, he made his step towards Bollywood in the year 1996 with the film ‘Dastak’. After this, he was ‘Biwi Number One’, ‘Do Not Disturb’, ‘Main Hoon Na’, ‘Maine Pyar Kyun Kiya’, ‘Tumko Na Bhool Payenge’. Like many big movies have done. Sushmita Sen has now debuted on OTT as well with Arya series.