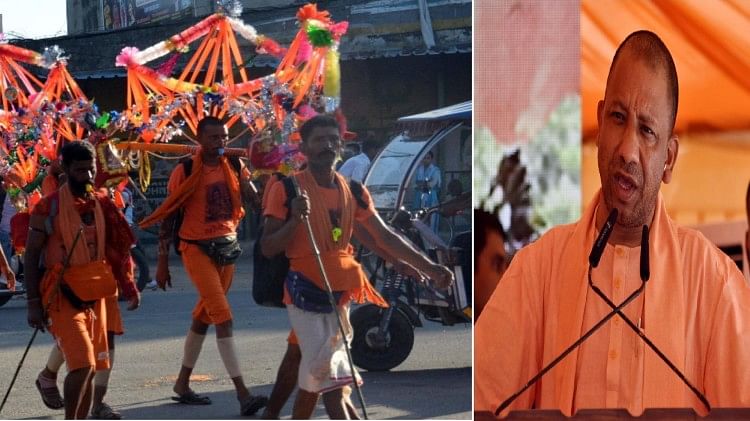 Chief Minister Yogi Adityanath has directed to take strict action against those who demonstrate weapons and weapons in religious pilgrimages and processions during the month of Sawan. He said that only traditional musical instruments should be allowed to be played in the processions. While directing not to allow religious events to be organized on the roads, he said that the instructions should be strictly followed to keep the traffic system smooth on the roads. The Chief Minister has also directed to keep a close watch on mischievous elements who incite people of other communities. Along with this, he has been asked to make adequate arrangements for tight security and public convenience around the night rest places of Kanwariyas. He has also asked the police force to patrol on foot and keep PRV 112 active at all times.

The Chief Minister has given these instructions during a review through video conferencing with all the district level administrative, police and other department officials including all the Divisional Commissioners, ADG Zones, IGs, DMs, SPs on Monday. While reviewing the preparations made in relation to the disposal of complaints received in IGRS portal and Janta Darshan, organizing Kanvad Yatra and Independence Week, the Chief Minister, on the basis of determination of complaints received on IGRS, Janata Darshan and CM Helpline, at police station, tehsil and district level. According to the ranking, the officers were also instructed to improve the methodology.

The Chief Minister said that Kanwar Yatra is being organized after almost two years. In such a situation, it is natural for the devotees to be excited. A large number of people will come for Jalabhishek. Therefore special caution is required. He has directed to register all the Kanvad Sanghas. Instructing the DM and SP to reach the spot without delay on the information of the untoward incident, the Chief Minister said that by implementing the Sector Scheme, make strict arrangements for vigilance.

Instructing to deal strictly with those making mischievous statements, the Chief Minister said that the chaotic elements trying to spoil the atmosphere should be dealt with strictly. The Chief Minister has asked the officers posted at the police station, circle, district, range, zone, mandal level to take cooperation from the media, emphasizing on maintaining communication with the religious leaders of their respective areas and eminent people of the society.

He has asked to set up health posts and health and wellness centers at various places on the Kanwar Yatra route, besides making arrangements for first aid and drinking water etc. The Chief Minister said that the Ghaziabad-Haridwar road is the busiest during the Kanwar Yatra and devotees from other states also come. Therefore, maintain communication with the border states also.