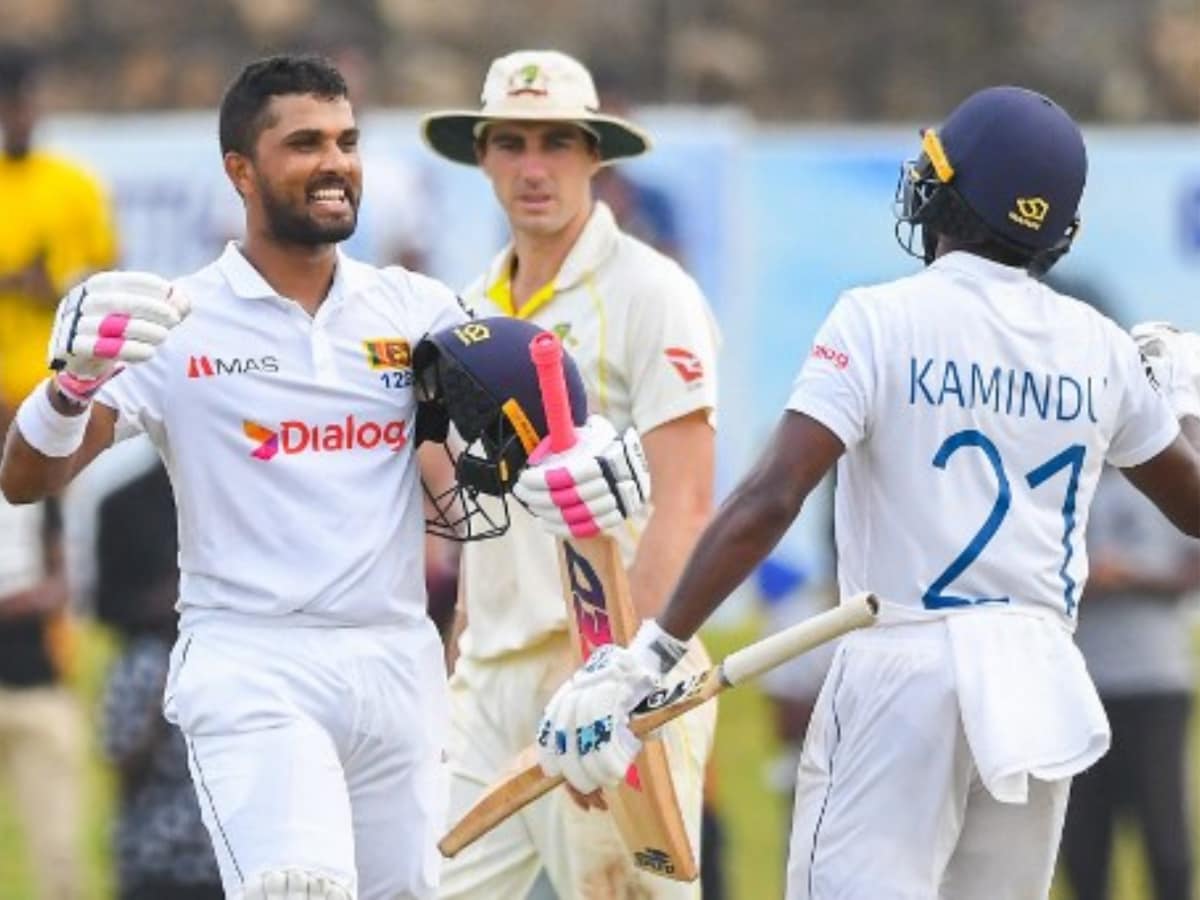 Galle. Dinesh Chandimal played the best innings of his Test career. Sri Lanka has strengthened its position in the second Test on the basis of his first double century. He completed his double century by hitting a six off Starc’s ball. On the fourth day on Monday, in the second session, the team was dismissed for 554 runs in the first innings. Chandimal remained unbeaten on 206 runs. Australia’s team had scored 364 runs in the first innings. In this way, Sri Lanka has got a lead of 190 runs on the basis of first innings. Kangaroo team is ahead 1-0 in the 2-match series. In such a situation, Sri Lanka’s team, led by Dimuth Karunaratne, would like to level the series by winning this match.

On the fourth day of the match, Sri Lanka started playing 431 for 6 in the first innings. Dinesh Chandimal was unbeaten on 118 and Ramesh Mendis on 7. Mendis shared a 68-run partnership with Chandimal for the 7th wicket. He was dismissed by Mitchell Starc after scoring 29 off 98 balls. After this, Mahish Teekshana also scored 10 runs. Cummins got his wicket. Prabhat Jayasuriya fell victim to Starc without opening an account. The team had lost 9 wickets at 505. At that time Chandimal was unbeaten on 159 runs.

Dinesh Chandimal showed good hands after 9 wickets fell. He hit a four and a six in the first over of Cummins. Then scored 11 runs in Starc’s over by hitting fours and sixes. Then in the next over, Starc completed a double century by hitting three consecutive balls with one four and two sixes. He reached the double century off 316 balls. Hit 16 fours and 5 sixes. Kasun Rajita was dismissed as the last wicket after scoring zero runs. Chandimal remained unbeaten on 206 off 326 balls. Fast bowler Starc got the maximum 4 wickets.

Not only Virat Kohli, the performance of many other senior batsmen is bad, young players are many times ahead