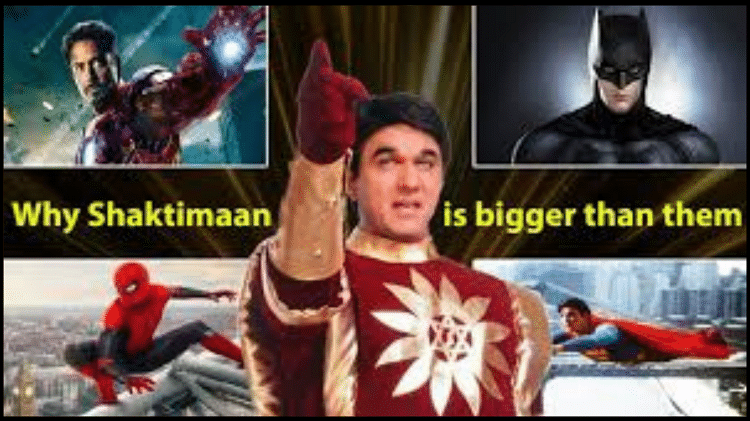 The work on the film ‘Shaktimaan’ has started. The makers have also released a one-minute video announcing the film. This video with VFX, dangerous sound track begins with the same dialogue, which was heard 25 years ago in the serial called Shaktimaan. “As darkness and evil dominate humanity…it’s time for it to return.” And soon, there is a glimpse of Shaktimaan. On one hand people are getting excited looking at their ‘Most Popular Superheroes’. On the other hand some people are questioning the existence of the film. Users are asking why the 25-year-old superhero is making a comeback in the era of Ironman and Spiderman? Let us tell you that Mukesh Khanna has answered all these questions. Actually, the actor had released a video some time ago explaining why Shaktimaan is bigger than all the heroes? read…

The culture…story…the mythology connection, says the actor, is all with Shaktimaan. No hero in the world has as long a story as the story of the great Shaktimaan. Shaktimaan started from the Mahabharata period. And look at the superheroes of today… if someone came from another planet, he got powers. If the spider bites you, you become Spiderman. If you put on the iron armor made with the help of science, then you became Ironman.

Mukesh Khanna further says, “If you pick up the story of any superhero then you will not see the mystery in anyone’s story. But Shaktimaan’s story is there. The production house says, increase the power of Sir Shaktimaan. I say, Which power should I increase? Which power does not Shaktimaan have? Stand Shaktimaan in front of anyone, he will be seen as the most powerful.”