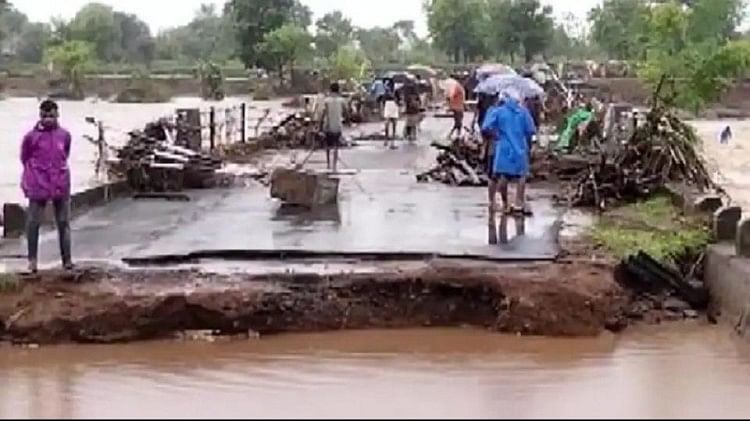 The sky is raining heavily in many states of the country. Due to heavy rains, there is a scene of destruction in many states including Gujarat, Maharashtra, Assam. The floods in Assam have claimed hundreds of lives. Several roads and bridges were washed away in Gujarat due to heavy rains. People became homeless in many states. Many rivers are flowing above the danger mark and many are close to the danger mark. Meanwhile, the India Meteorological Department (IMD) has issued an alert for heavy rain in Gujarat, Maharashtra, parts of central Madhya Pradesh, Chhattisgarh, North Telangana, Konkan and Goa, Coastal Karnataka, Andaman and Nicobar Islands. Heavy rain may also occur in Haryana, Himachal Pradesh, Uttarakhand and Jammu and Kashmir, Kerala, Marathwada, Southeast Rajasthan. In the pictures ahead, see the scene of devastation due to floods and rains…

Godavari in spate in Telangana