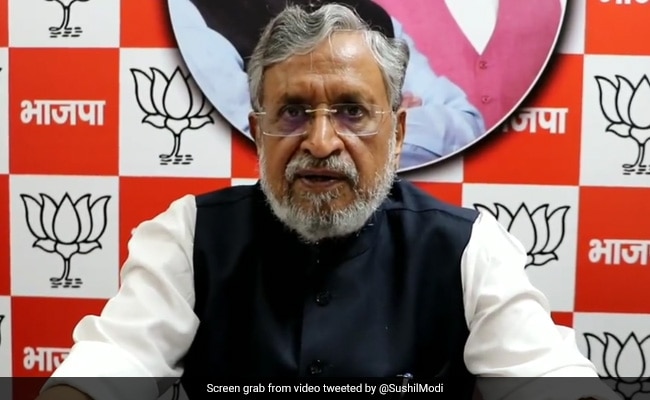 In an exclusive interview to NDTV, he said, “Any law should be in line with the traditions and cultures of the country. We should assess what Indian society is and whether people are ready to accept it.”

He said, “Same-sex relationships have been decriminalised…but marriage is a sacred institution. It is one thing for same-sex couples to live together, but giving them legal status is another. “

Sushil Modi, who has spoken against same-sex marriage in Parliament, told NDTV that same-sex relationships are acceptable, but allowing such marriages will create problems at many levels. Earlier on Monday, while speaking in the Rajya Sabha, he had objected to this in the social and cultural context.

The BJP Rajya Sabha member raised the issue during Zero Hour and said that ‘some left-liberal activists’ are trying to get same-sex marriage legal protection. Describing it as unacceptable, Sushil Modi said, “Judiciary should not give any such decision, which is against the cultural values ​​of the country…”

The former Deputy Chief Minister of Bihar said, “I oppose legal recognition of same-sex marriage… In India, same-sex marriage is not recognized, nor is it acceptable in any uncodified personal law or codified constitutional laws such as the Muslim Personal Law.” … Same-sex marriages would completely upset the delicate balance between the different personal laws that exist in the country…”

Sushil Modi urged the central government to argue strictly against same-sex marriage in the court as well. The BJP MP said, “Two judges cannot sit and decide on such an important social issue… It should be debated in Parliament as well, and in the society at large…”