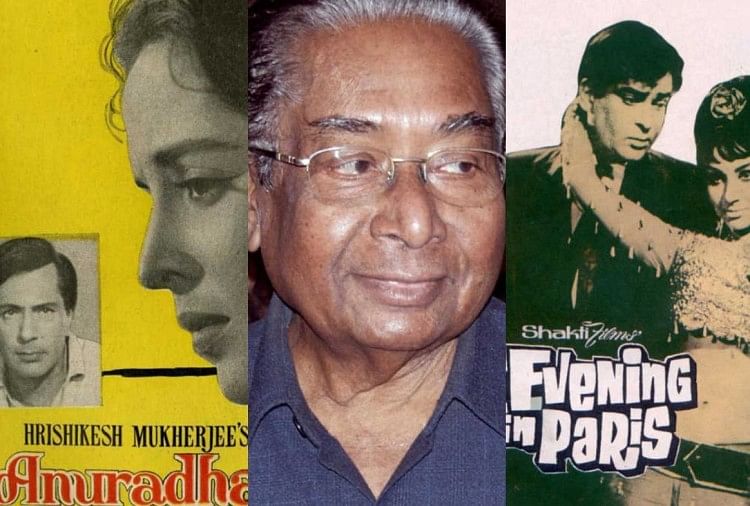 Sachin Bhowmik, who was active as a screenwriter from Nargis’s film ‘Lajwanti’ released in 1958 to Salman Khan’s ‘Yuvraj’ released in 2008, is the only writer in Hindi cinema who wrote films for 50 years. He also made a film as a director, ‘Raja Rani’. Rajesh Khanna starrer Sharmila Tagore was the heroine of this film and few people know that the credit of bringing Sharmila Tagore to films also goes to Sachin Bhowmik.

Rishi Kapoor wept after hearing the news of his death

Born on July 17, 1930, Sachin Bhowmik was one of those few people who never went to film even after being among filmgoers. When the news of his absence came on 12 April 2011, more than half of the people in that film industry did not even know about it, for which he wrote the maximum number of Silver Jubilee films. On the phone that day, Rishi Kapoor kept talking about him, not knowing how long, in the second year of his career as a hero, he got the film ‘Khel Khel Mein’ and after reading its script, Rishi Kapoor got its writer. The talent was recognized.

Rishi Kapoor had then said, “I will never be able to take away the direction and condition that Sachin da gave to my career. He was a writer walking with the times. Think only of you who have come in the era of writers Mukhram Sharma and Akhtar-ul-Iman and are writing films till the time of Hrithik Roshan, something like this will happen in him. In the meantime, many great writers have come and gone. How many writers will be here in Mumbai who wrote films for 50 years? Wrote hit movies. Wrote superhit films. After ‘Khel Khel Mein’, the films written by Sachin Bhowmick, in which Rishi Kapoor got both fame and wealth, included ‘Hum Kisi Se Kum Nahi’, ‘Karz’, and ‘Zaane Ko Dikhna Hai’.

His relationship with producer-director Subhash Ghai was from the Rishi Kapoor starrer ‘Karz’ written by Sachin Bhowmick. And, this relationship continued till ‘Yuvraj’ through films like ‘Karma’ and ‘Taal’. Ghai, who himself started his career as a writer in Hindi cinema, was a huge fan of Sachin Bhowmick’s writings. According to him, ‘Sachin Bhowmik had an amazing art of identifying relationships. He also kept this in mind while writing the story. His films used to bring an influx of human emotion in the typical commercial setup.

It is said that cinema is the only superhit which is close to the heart of the audience. And, Sachin Bhowmik got to know the pulse of the Hindi cinema audience very well. Subhash Ghai says, ‘This was the reason why he became the most successful writer of Hindi cinema.’ Sachin Bhowmik lived in Bandra, a residential area of ​​Mumbai’s biggest stars. At the same time, he breathed his last at his home. Sachin Bhowmick, who was always found at home in a cotton lungi and vest, always kept himself away from appearances. Simple living High thinking Sachin Bhowmik used to watch all kinds of cinema. He knew about the world.