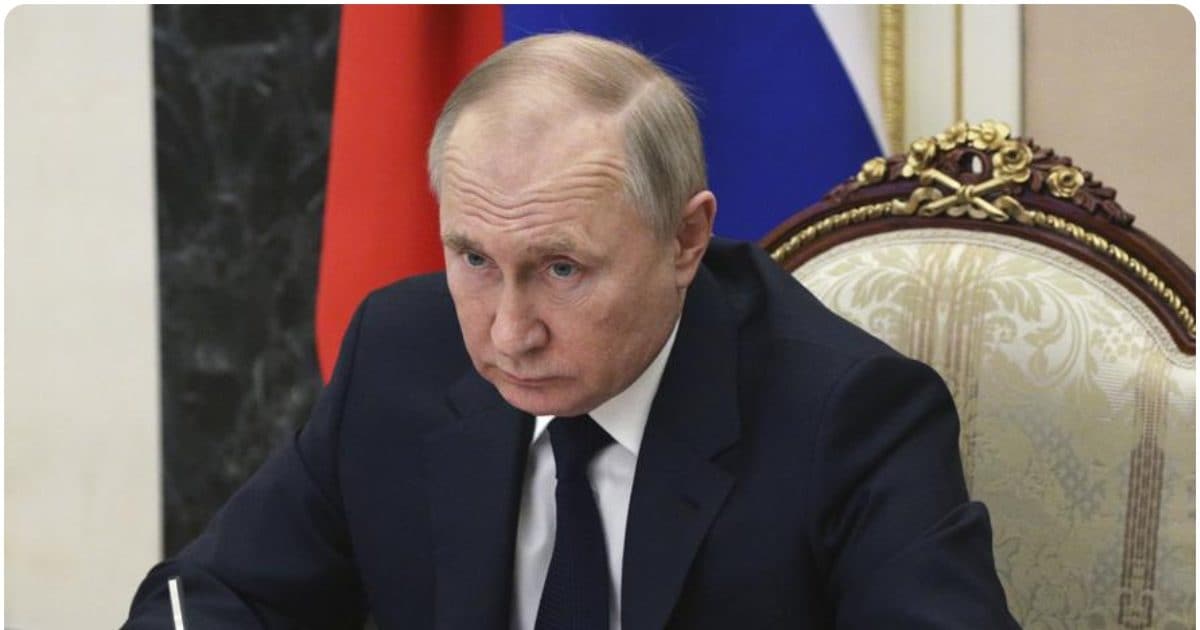 Moscow. Russian President Vladimir Putin said on Wednesday that Russia would continue to develop its military capability and preparedness of its nuclear forces in the face of Moscow’s offensive in Western-backed Ukraine. Putin said during a televised meeting with high-ranking officials of his country, ‘The combat capability of the armed forces and our armed forces is increasing continuously and every day. And definitely we will take this process forward.

He said that Russia would also improve its ‘combat readiness of our nuclear test’. The Russian leader also gave information about the new Zircon hypersonic cruise missile, which Russian troops will be able to use from January. Putin said, ‘In early January, the Admiral Gorshkov frigate will be equipped with the new Zircon hypersonic missile, which has no competition in the world.’

Almost ten months of the war have been completed. During this, Russia has faced continuous humiliating failures on the ground in Ukraine. However, now Russia is intensifying airstrikes on Ukraine in the war.

What did Russian Defense Minister Sergei Shoigu say?
Russian Defense Minister Sergei Shoigu said on Wednesday that Russian troops in Ukraine are fighting the “united forces of the West”. Shoigu also said Moscow planned to use two Ukrainian port cities on the Sea of ​​Azov, which its troops had seized during the invasion. Shoigu said, ‘The ports in Berdyansk and Mariupol are fully functional. We are planning to deploy support vessels, emergency rescue services and some infrastructure for naval ship repair units there.

Russia may adopt US pre-emptive strike strategy: Putin
Putin’s statement came days after he had warned on December 9 that Moscow could adopt the US strategy of striking first in response to the threat of attack from the enemy and that it had the means to do so. There are enough weapons for that. Referring to the US policy, Putin said at the conference of the Economic Alliance of former Soviet countries in Kyrgyzstan, “We are only thinking about it.” He has not shied away from talking openly about it in the last few years.