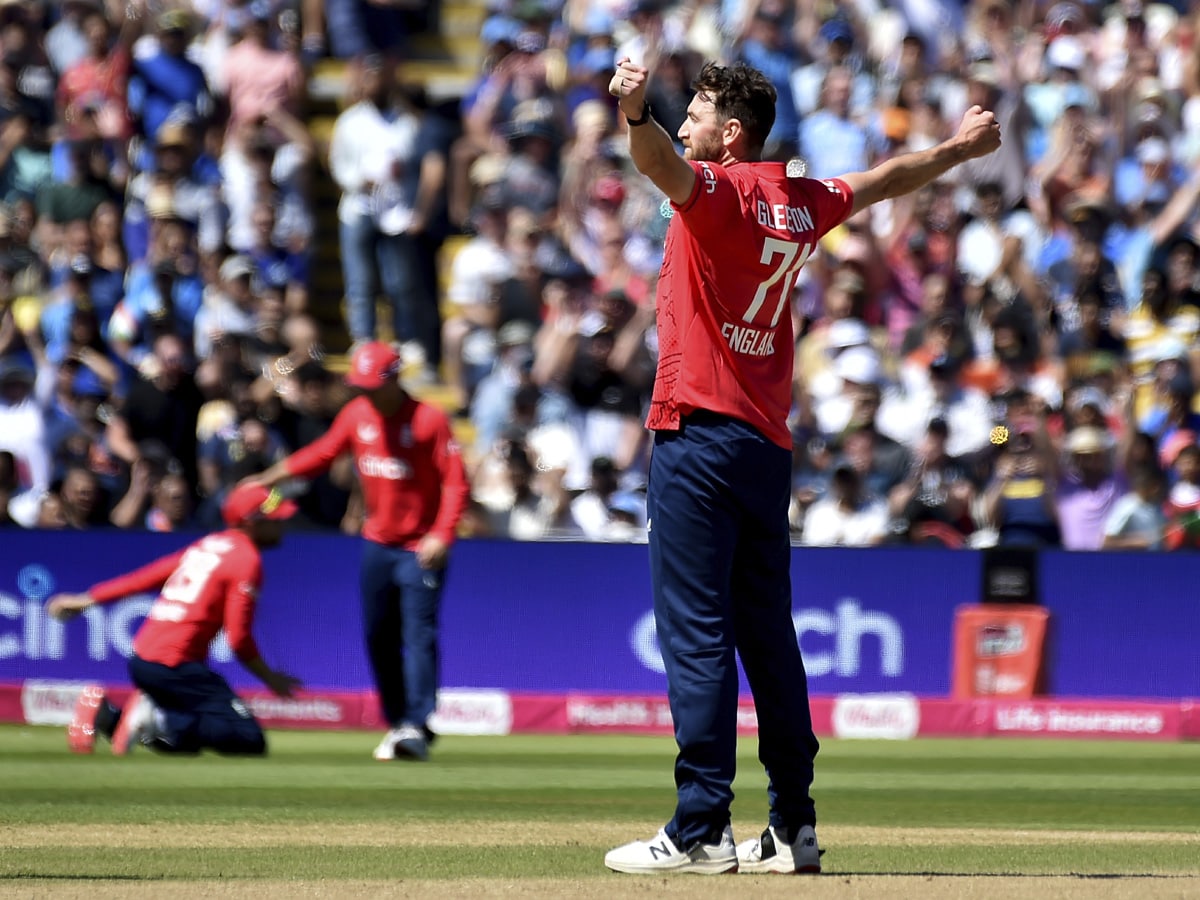 New Delhi. Pacer Richard Gleeson, who made his international debut for the England team at the age of 34, performed brilliantly in his very first T20 match. In the second T20 match of the series against India on Saturday, he sent 3 of India’s legendary batsmen to the pavilion on his first 8 balls. England captain Jos Buttler won the toss in this match and invited India to bat first.

Captain Rohit Sharma took the responsibility of opening with Rishabh Pant. Both shared a 49-run partnership, which Gleason broke in his very first over. Gleason on the 5th ball of his first (5th innings) over Rohit Sharma Caught in the hands of Butler. Rohit hit 3 fours and 2 sixes in his innings of 31 runs in 20 balls.

Click here to see the full scorecard of this match

Then Gleason did wonders in his second (7th of the innings) over and off successive deliveries. Virat Kohli And sent Rishabh Pant to the pavilion. He got Virat caught by David Malan on the first ball. Then on the very next ball, Pant was caught by Butler behind the wicket, due to which India’s score was 61 for 3 wickets. In this way, Gleason took 3 wickets in the first 8 balls in his very first match. Virat returned after scoring 1 run while Pant contributed 26 runs in 15 balls with the help of 4 fours and 1 six.

The special thing is that he did not play professional cricket till the age of 27. Moreover, he was thinking of retirement about 8 months ago due to injury. Gleason played 34 first-class matches till now and took 143 wickets at an economy rate of 3.31. He has also taken 28 wickets in 21 List A matches. He was a key member of the NatWest T20 Blast for the Northamptonshire team in 2016 and had a strong performance.