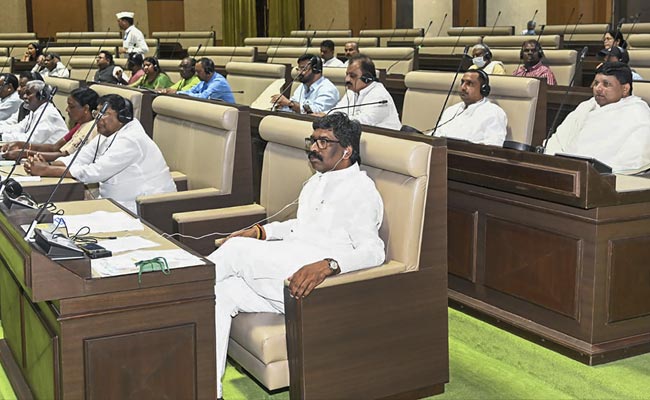 He said that the cabinet has decided to introduce a separate bill in the state assembly to decide the policy of ‘locality’ on the basis of the letter of 1932 and to reserve a total of 77 percent government jobs for different classes, including 27 percent reservation for backward classes. granted approval of.

He said that the state cabinet also decided to get both the bills related to both the decisions passed by the assembly and send them to the central government after the approval of the governor. Dadel said that the cabinet decided to request the central government to include both these laws in the Ninth Schedule of the Constitution so that they cannot be challenged in any court of the country.

He said that the name of the new bill to be brought to amend the policy of locality is ‘Definition and identification of local residents of Jharkhand for definition of local people of Jharkhand and to extend the resultant social, cultural and other benefits to such local persons’. Bill 2022′.

Vandana Dadel said that through this bill, the local people will be defined in the state and according to today’s cabinet decision, now whose name or whose ancestor’s name will be recorded in the Khatian of 1932 in the state, only those people will be considered as local residents.

He told that those who do not have their own land or property, they will have to get the proof of being a resident of the state before 1932 from their Gram Sabha.

Apart from this, the state cabinet decided to make the total reservation for different classes up to 77 percent.

He said that the cabinet decided to make a provision of ten percent reservation for the economically weaker general category in the state through this proposed bill.

In the previous classes, it has been decided to make 15 percent reservation for the extremely backward and 12 percent for the backward classes.

The tribal organizations of the state had continuously demanded to base 1932 Khatian on the locality policy because according to them the land records of the state were last surveyed by the British government in 1932.

Earlier, the Raghuvar Das government of Jharkhand, while deciding the policy of locality, had considered 1985 in the year 2016 as a divisive year to decide the locality of the state, against which Jharkhand Mukti Morcha had staged a big protest.

It is believed that the Chief Minister Hemant Soren government is likely to be in danger due to allotment of mining lease in his name in the state, so he has taken politically important policy decisions.

It is believed that the Election Commission had sent its decision regarding his assembly membership to the Governor on August 25, but the Governor has not yet given his decision regarding this, due to which the state government is in a state of doubt for the last almost three weeks. Is. The ruling party alleges that by creating such a state of suspicion, efforts are being made to horse-trade MLAs in the state, so that the government can be destabilized.

Talking to the media at the Secretariat after the cabinet meeting, Soren said, “The state government has taken several historic decisions today. The state has decided today that the Khatian of 1932 will be applicable here. Backward in the state will get 27 percent reservation in government jobs. Employees will get their due in this state.

He alleged that the opposition was polluting the atmosphere regarding the stability of his government. “I want to assure that there is no threat to my government,” Sorene claimed.