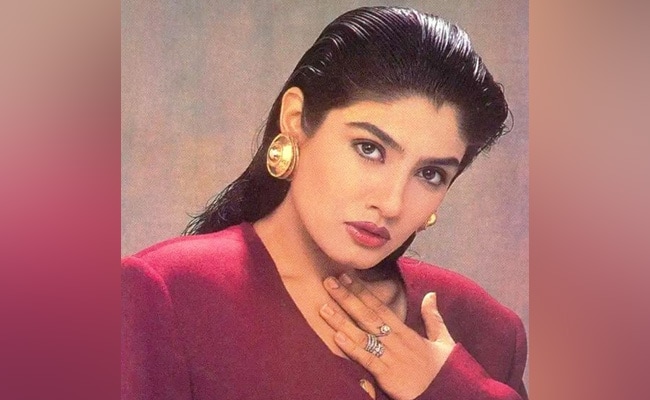 Raveena Tandon’s daughter Rasha has become as beautiful and glamorous as her mother.

Raveena Tandon has been a popular actress of her time. He worked with many superstars in his time. She is known as ‘Mast Mast Girl’ of Bollywood. Raveena Tandon still looks very beautiful. She remains very active on social media and often shares the latest updates. Raveena Tandon got married at the height of her career and now she is the mother of two lovely and beautiful children. She keeps sharing photos with her children every day. Raveena Tandon’s daughter’s name is Rasha Tandon and her son’s name is Ranbir Thadani.

His daughter Rasha has grown up and looks very beautiful. Rasha is active on social media and keeps sharing her glamorous photos every day. Rasha’s fans are crazy and they hope that one day she too will debut in films like other starkids. Although till now she has not said anything about her career that she will appear in films.

Recently, the photo of Raveena and her daughter went viral on social media. Seeing the photo, most people are comparing Rasha with her mother Raveena Tandon. They are saying that Rasha is looking just like her mother. Commenting on the video, a social media user wrote, ‘Raveena’s two copy’. At the same time, another user writes, ‘Big bang is yet to happen in Bollywood’. Overall, people are showering love fiercely on this latest video of Rasha and Raveena.

Indian government alert after increasing corona cases in many countries