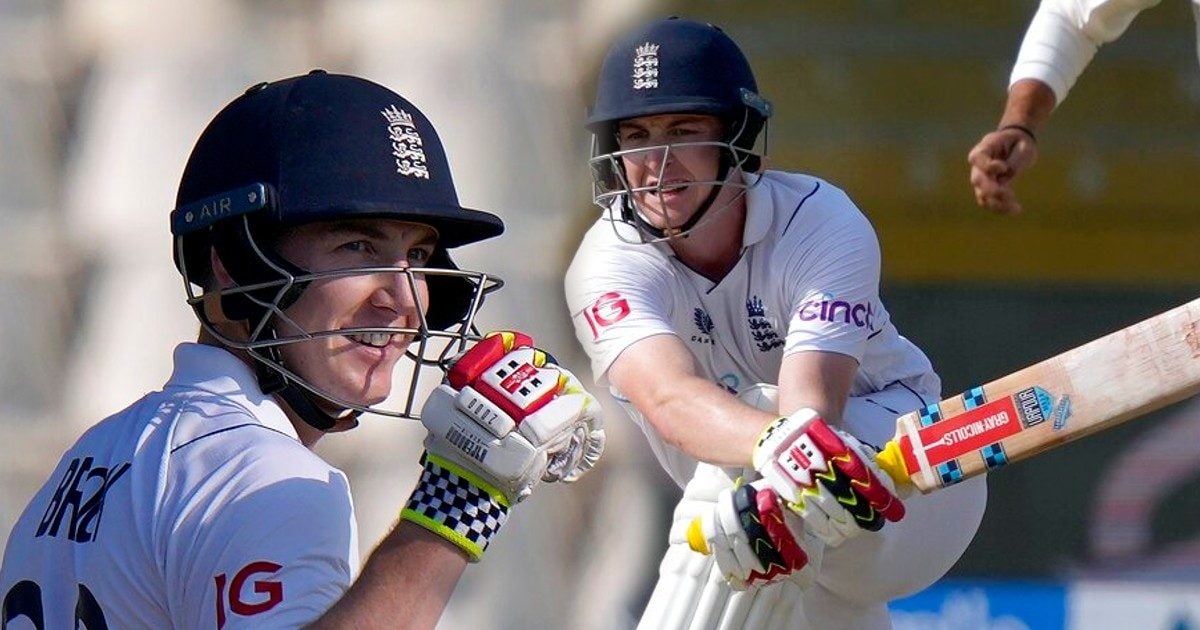 England scored 354 runs in the first innings against Pakistan.

new Delhi. Babar Azam & Co. have succumbed to the England team. The visiting team has maintained an unassailable 2-0 lead in the test series against Pakistan. At the same time, in the third match too, England batsmen have started wreaking havoc on the hosts. In all three matches, 23-year-old Harry Brook of the English team played an important role. This player forced everyone from Pakistani pacers to spinners to struggle. Harry Brook has made many records by scoring a century in all the three matches.

The first match between the two teams was played on the Rawalpindi track, which proved to be the subject of much discussion. Actually, on this pitch, the batsmen of both the teams rained heavily. But there was one Harry Brook batsman who proved his mettle by scoring centuries in Multan and Karachi. Pakistan Cricket Board President Rameez Raja also expressed his displeasure over the Rawalpindi track. He believed that the bowlers have not got any benefit on this pitch. This track has also been given a low rating by the ICC.

The 23-year-old England player has made many big records in his name. First of all, he is the highest run scorer in this series. He has scored 468 runs in 5 innings of 3 matches. During this, his average has been 116. In the history so far, no England batsman has scored so many runs on the tour of Pakistan.

Why was Kuldeep Yadav so effective in the comeback test? Told the secret of his success in one line

The England team had decided to bat first after winning the toss. Apart from Harry Brook, the team’s all-rounders Ben Fox and Oli Pope played half-century innings. Harry Brook scored 111 while Fox and Ollie Pope played innings of 64 and 51. Pakistan’s batting has started. The openers of the host team have scored 21 runs together.