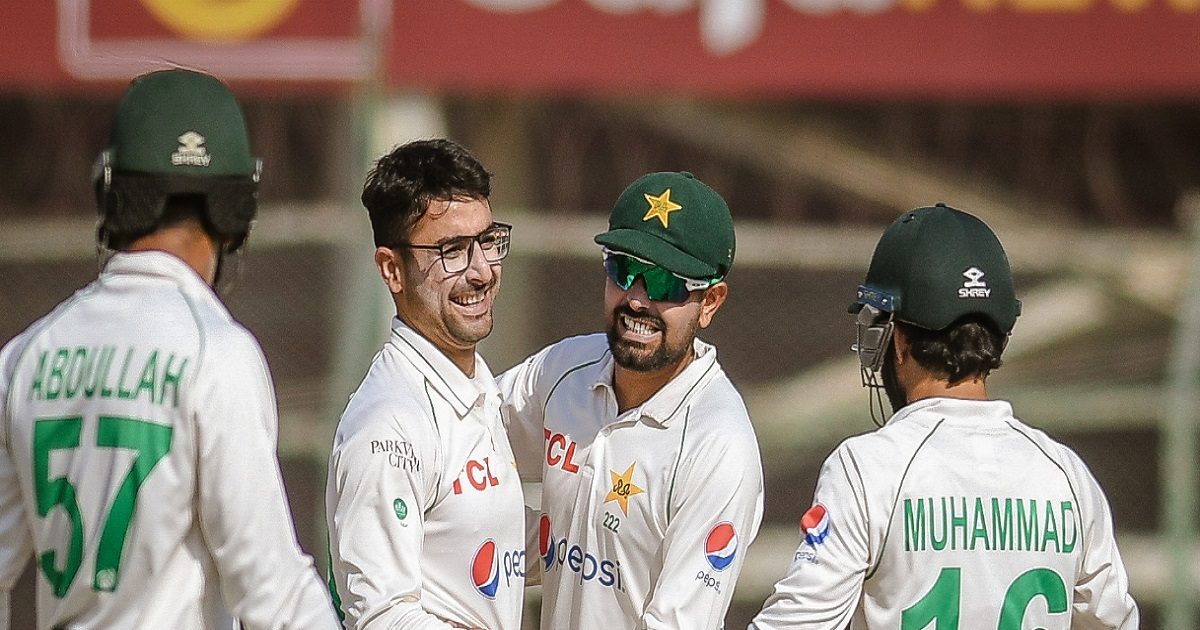 Earthquake in Pakistan cricket after losing Test series to England

Karachi. Pakistan head coach Saqlain Mushtaq may step down as head coach following the team’s dismal performance in the Test series against England at home, while Babar Azam may lose captaincy in the longest format of the game in July next year, sources have said.

A source close to the Pakistan Cricket Board (PCB) told PTI on Wednesday that former off-spinner Saqlain is likely to step down after the home Test series against New Zealand starting December 26 in Karachi. The source said that immediately after the defeat in the third Test in Karachi on Tuesday, Babar and Saqlain left for Lahore.

The source said, “A high-level meeting was held at PCB chairman Rameez Raja’s office at the Gaddafi Stadium, in which chief selector Mohammad Wasim also participated.” Babar, Saqlain and Wasim told Raja that it was because Pakistan lost the Test series 0-3.

Rameez Raja not happy with team selection against England
The source said that every aspect of the team, selection matters, captaincy and Saqlain’s role were discussed in the meeting which lasted for about three hours. He said the selectors were supposed to announce the squad for the two-Test series against New Zealand on Tuesday after the conclusion of the Karachi Test, but on the instructions of Raja, the announcement was postponed till Wednesday. The source said that Raja explained his point of view to Babar, Saqlain and Wasim and made it clear that he was not happy with the selection for the series.

Babar gave clarification to PCB chairman about the defeat
“Babar told the chairman that injuries to the three main fast bowlers Shaheen Afridi, Haris Rauf and Naseem Shah had hampered their plans and the bowling was too weak to allow the English batsmen to score easily,” he said.

Saqlain will step down as coach
The source said that Babar told Raja that Pakistan currently does not have experienced and quality players to play against teams like Australia, England and New Zealand. Will leave the post of head coach after the series against Pakistan and PCB should start looking for a new coach.

Former spinner was shocked by Pakistan’s crushing defeat, said- send your C team, we have quality…

Babar will remain the captain for the time being
The source said that the board also feels that Babar should only captain the limited-overs team and the captaincy of the Test format should probably be handed over to Shan Masood or Mohammad Rizwan. He said that there was a lot of discussion about Babar’s future as Test captain and it was decided to maintain status quo for the time being.

Ind vs Ban Live Streaming: How to enjoy the second Test match between India and Bangladesh for free apart from TV

The source said that it was unanimously decided that it would not be right to remove Babar from the Test captaincy between now and July. Because this will break the morale of the team and the captain’s form will also be affected. But it was decided that Babar would be replaced as Test captain in July, he said.