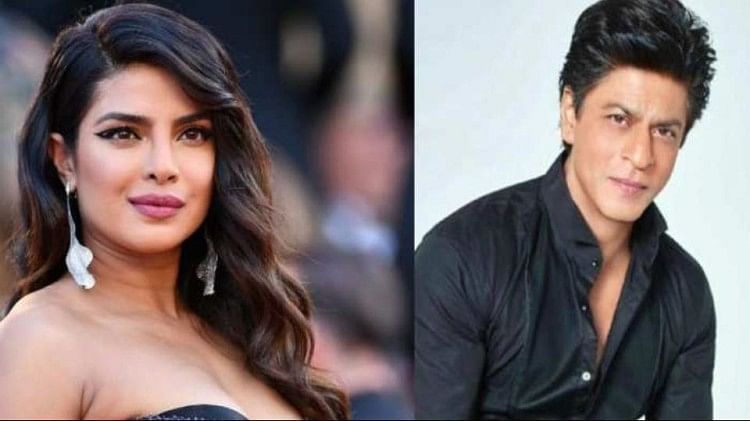 After the failure of ‘Zero’, Shah Rukh Khan, who is going to make a comeback on the big screen with three back to back films next year, has a long relationship with birthday girl Priyanka Chopra. The charming stories of both became so famous that even Shah Rukh’s wife Gauri Khan had to interfere in it. By the way, Priyanka’s name also rose a lot with Akshay Kumar, who was once the number one hero and after the film ‘Waqt’, Akshay’s wife Twinkle did not allow the two to pair again in any film, but Priyanka was made to make her home outside Mumbai city. The story of what compelled him is also a different story.

Priyanka Chopra is an international star these days. Born on 18 July 1982 in Jamshedpur, Priyanka Chopra has turned 40. Prior to her marriage to Nick Jonas, there has been a lot of discussion in the Hindi film world about Priyanka Chopra’s closeness with actors like Akshay Kumar, Shahrukh Khan, Shahid Kapoor and Harman Baweja. The most written, read and heard story in this is the story of deep friendship between Priyanka Chopra and Shahrukh Khan. People in Mumbai narrated to each other with a lot of chatter till the tales of both of them getting married in Dubai and it is a matter of those days when Shahrukh Khan’s wife Gauri Khan’s entire business was going on in the name of Shahrukh Khan.

Shahrukh Khan and Priyanka Chopra’s pair kept on forming in the film ‘Chalte Chalte’. When Shahrukh had removed Aishwarya Rai from this film, Priyanka was trying her best to somehow get her into the film. But, Shah Rukh cast Rani Mukerji in the film. Priyanka did not give up and finally got the opportunity to work with Shahrukh Khan in the film ‘Don’. The two also worked together in ‘Don 2’. The two also went on a world tour together and it was from here that Gauri Khan started getting the information that made the matter serious.

Whatever business empire Shahrukh Khan has, most of it is written in the name of Gauri Khan. Even Gauri Khan has more ownership of Shahrukh Khan’s production company Red Chillies. Gauri Khan says that then after giving an ultimatum to Shahrukh Khan, it was said that he should part ways with the whole business. The condition for not doing so was that Shahrukh would never do a film with Priyanka in the future. Just like Twinkle Khanna had geared up not to be seen in any film again after the film ‘Waqt’ with Akshay Kumar.

Karan Johar also has an old feud with Priyanka Chopra. It is said that Priyanka Chopra had refused to work in her film ‘Kaal’ on this occasion and Karan Johar had to take Lara Dutta under compulsion for that role. According to the discussions of the film industry, when Gauri Khan opened a front against Priyanka Chopra, Karan Johar was at the forefront of supporting her. Shahrukh understood this and then after ‘My Name is Khan’ never worked in a Dharma Productions film.