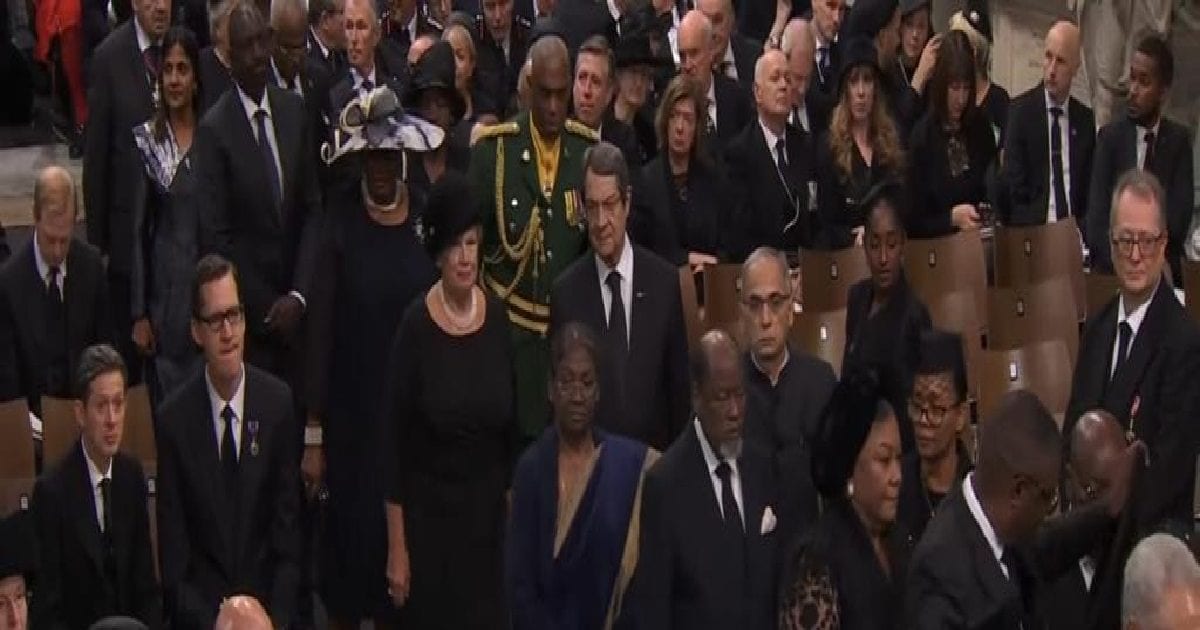 President Murmu arrived in London on Saturday evening to attend the funeral of the Queen.

President Murmu has left for India from London after attending the funeral of the Queen.

The royal family and hundreds of people paid their last respects to the late Queen.

London. President Draupadi Murmu has left London after attending the state funeral of Queen Elizabeth II. President Murmu arrived here on Saturday evening to attend the funeral of the Queen. President Draupadi Murmu on Monday at Westminster Abbey to pay her last respects to Queen Elizabeth II, US President Joe. Attended by nearly 500 global leaders, including Biden and members of royal families from around the world. President Murmu and Foreign Secretary Vinay Kwatra were among the official Indian delegations who attended the state funeral of the Queen.

President Murmu met with Bangladesh Prime Minister Sheikh Hasina and her sister Sheikh Rehana before attending a state funeral in Abe. Murmu has been in London since Saturday on a three-day visit to attend the Queen’s state funeral. Rashtrapati Bhavan tweeted, “President Murmu met with Prime Minister of Bangladesh Sheikh Hasina and her sister, Sheikh Rehana, shortly before the start of the state funeral in London.” Murmu, who hosted Maharaja Charles III at Buckingham Palace on Sunday She had attended a welcome program along with all other world leaders. Queen Elizabeth II died on 8 September. She was 96 years old.

The coffin of Queen Elizabeth II was lowered in the royal vault of St George’s Chapel at Windsor Castle as she bid a final farewell on Monday. Lord Chamberlain, the most senior official in the British royal family, performed the ceremony of breaking the ‘scepter’. The royal family and hundreds of people paid their last respects to the late Queen. Andrew Parker, the former head of Britain’s domestic intelligence service ‘MI5’, performed the ceremony to break the ‘white scepter’ and placed it on the Queen’s coffin. This ritual marks the end of his services to the monarchy. The Queen was buried next to her husband, Prince Philip.(from input language)