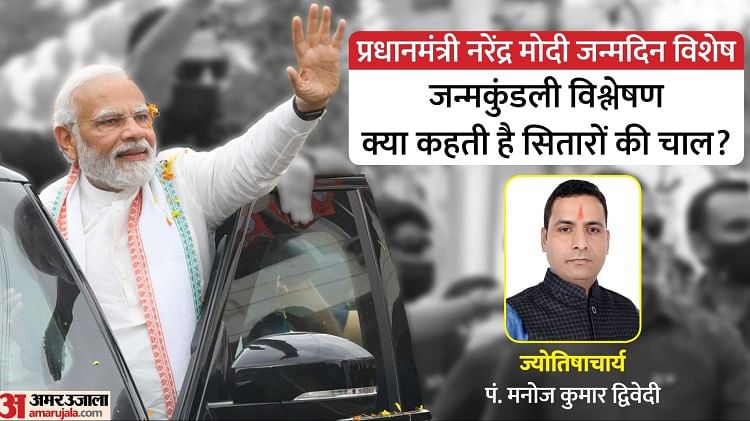 PM Narendra Modi Birthday & Kundli Analysis : On 17 September 1950, at 11:00 am, a boy was born in Mehsana, Gujarat. Going ahead, this child became the Prime Minister of India, the world’s largest democratic power. Yes, we are talking about Shri Narendra Modi ji. The horoscope of Prime Minister Shri Narendra Modi is of Scorpio ascendant and Scorpio zodiac. Mars, the lord of ascendant and zodiac, is not only making an interesting Mahayoga for them, but along with Moon-Mars yoga is also making Shatruhanta Yoga. Due to this, the opponents and enemies of Modi ji will never be able to spoil his hair. Due to Ruchak Mahayoga, the ability to take decisions is strong in the person, whose effect can be seen in the decisions taken for the Prime Minister. With Moon-Mars Yoga, a person appears simple in sight, but he is very agile in his daily activities, which we get to see in the daily work of Prime Minister Modi. Also, this yoga makes a person dear to discipline. Gajakesari Yoga is also present in the horoscope of PM Narendra Modi, due to which his personality looks like a lion.