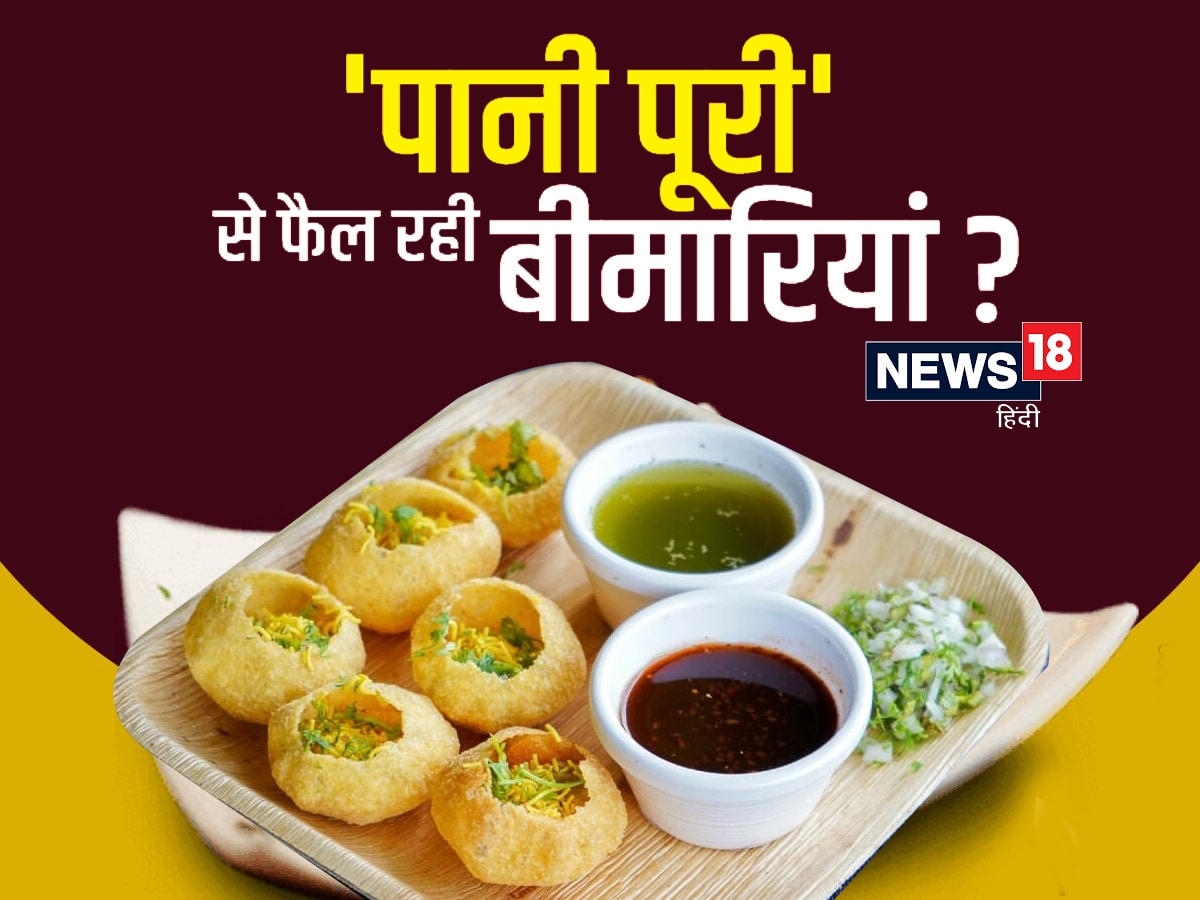 Pani Puri Side Effects: A few weeks ago, ‘Cholera’ had spread in a metropolitan area of ​​Nepal’s capital Kathmandu, due to which the administration there decided to ban ‘Pani Puri’. The administration believed that the disease of cholera was spreading due to ‘Pani Puri’. Now the health officials of Telangana have blamed ‘Pani Puri’ for the rise in typhoid cases in the state. People who are fond of eating ‘Pani Puri’ are very confused after these two cases and they are not able to know what is the truth. Today you will know from the doctor whether eating ‘Pani Puri’ can really cause typhoid and cholera disease.

Read also: Depression and stress can be reduced by taking a healthy diet? get it here

What do experts say?

Dr. Varun Chaudhary (MD) Former Medical Officer and General Physician of Indian Air Force According to this, the diseases of typhoid and cholera are spread by bacteria. When people consume food items infected with this bacteria, they become vulnerable to it. One should avoid eating street food during the rainy season, as there is a lot of dirt in this season and the risk of spreading bacteria of typhoid and cholera also increases. This also applies to ‘Pani Puri’. If you are eating unhygienic ‘pani puri’, then you may fall prey to diseases. If hygiene is taken care of and the water is not contaminated in any way, then you can eat. However, which food item is contaminated, it can be known only after testing the sample. So be careful.

In this way you can save

According to Dr. Varun Chowdhary, generally typhoid and cholera disease can be caused by drinking dirty water. In the rainy season, everyone should drink clean water. If you do not have filtered water, then boil it and cool it and then drink it. Apart from this, clean the food items thoroughly and then consume them. Avoid eating food that has been kept for a long time. Avoid street food and take healthy diet. By keeping all these things in mind, you can avoid cholera and typhoid disease.