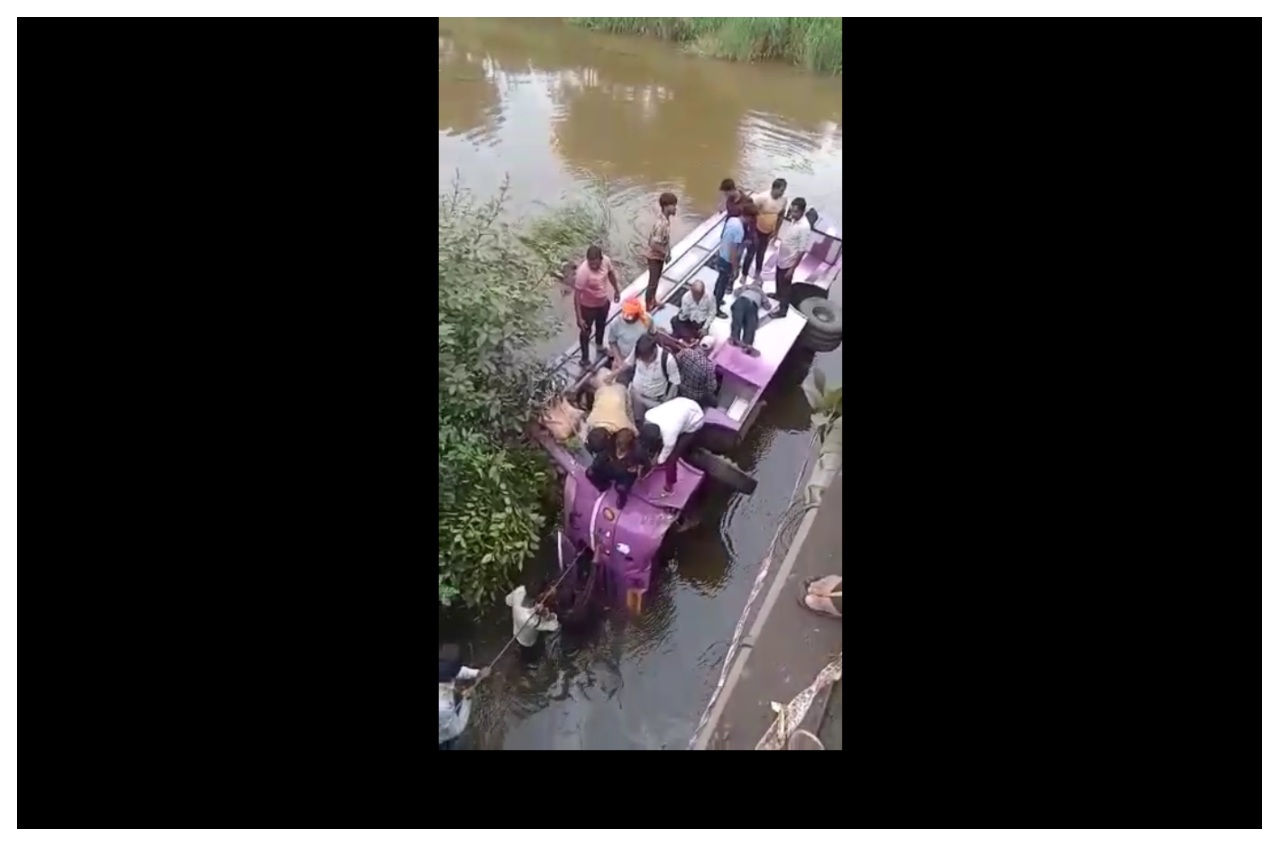 Khargone: A passenger bus fell into a river on Tuesday at Dhangaon in Khargone district of Indore-Ichhapur road. Two people died in the accident and more than 20 passengers were injured. There were more than 40 passengers in the bus. Out of which one woman and one man died. More than 20 other passengers are injured. The injured have been admitted to the hospital in Sanawad.

After the accident, after hearing the screams of the passengers, the people of the surrounding reached for help. The logo was pulled out somehow. After getting the information, 10 ambulances reached the spot. Thankfully there was less water in the river. Due to which the bus was not completely submerged in the water. After a lot of effort, the rescue team pulled the bus out of the water. Police is probing the matter.