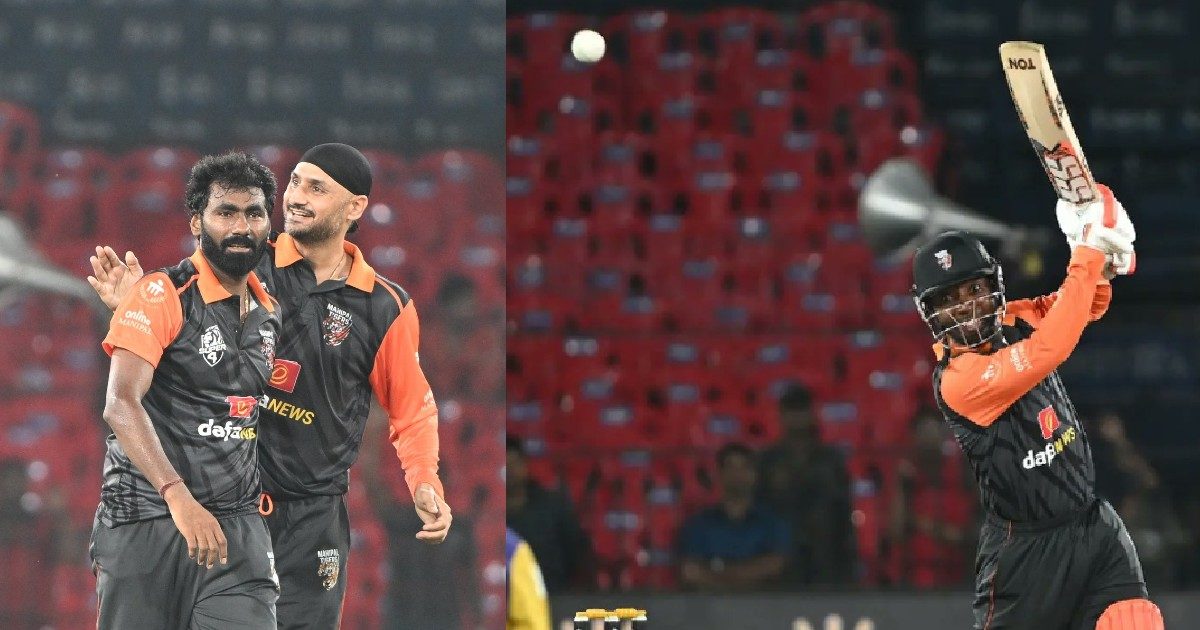 Dilhara Fernando, who was the most economical for the Tigers, took the most wickets.

New Delhi: In the Legends Cricket League, the matches of Cuttack leg started from today i.e. Monday. LLC’s 8th match was played between Bhilwara Kings and Manipal Tigers in Cuttack. In this, Manipal Tigers defeated Bhilwara Kings by 3 runs in a thrilling match. Earlier, Bhilwara captain Irfan Pathan won the toss and asked Harbhajan Singh’s team to bat first… Tigers scored 175 runs in the stipulated 20 overs for the loss of 8 wickets, in reply, Kings came out chasing the target. Pie. Yusuf Pathan’s stormy innings of 42 runs in 21 balls for Kings was also insufficient to win the match.

Bhilwara Kings won the toss and decided to bowl. Batting first, Manipal Tigers scored 175 runs in the allotted 20 overs for the loss of 8 wickets. Wicket-keeper batsman Tedanda Taibu scored the highest 54 runs for Manipal. Apart from this, Jesse Ryder 47, Corey Anderson 24 and Mohammad Kaif contributed 28 runs. Tino Best took the highest three wickets from Bhilwara in the match. While Yusuf Pathan got 2 and Fidel Edwards and Jaisal got one wicket each.

Also read… ‘Deepti is lying, did not give any warning…’ England captain again sparked controversy

Chasing the target of 176 runs from Manipal, the start of Bhilwara was not right, in the very first over Parvinder Awana dismissed Morne One for 4. At the same time, Matt Prior and William Porterfield shared 43 runs for the second wicket, Porterfield 28 and Matt Prior made 17 runs. Apart from this, Tanmay Srivastava contributed 26 and Jaisal Kariya contributed 14 runs, but this contribution could not win the team.

The Pathan brothers insisted, but could not get the team to win.
After this, Yusuf Pathan scored 42 runs in 21 balls and Irfan Pathan made 23 runs in 14 balls, trying his best to win his team, but in the end the team had to face defeat by 3 runs. In the last over of the match, Dilhara Fernando bowled superbly, dismissing Irfan Pathan, Rajesh Vishnoi and Tino Best, putting the final seal on Manipal Tigers’ victory over Kings in the match. Fernando took four wickets, apart from Harbhajan Singh and Parvinder Awana two each while Muttiah Muralitharan got one wicket each.