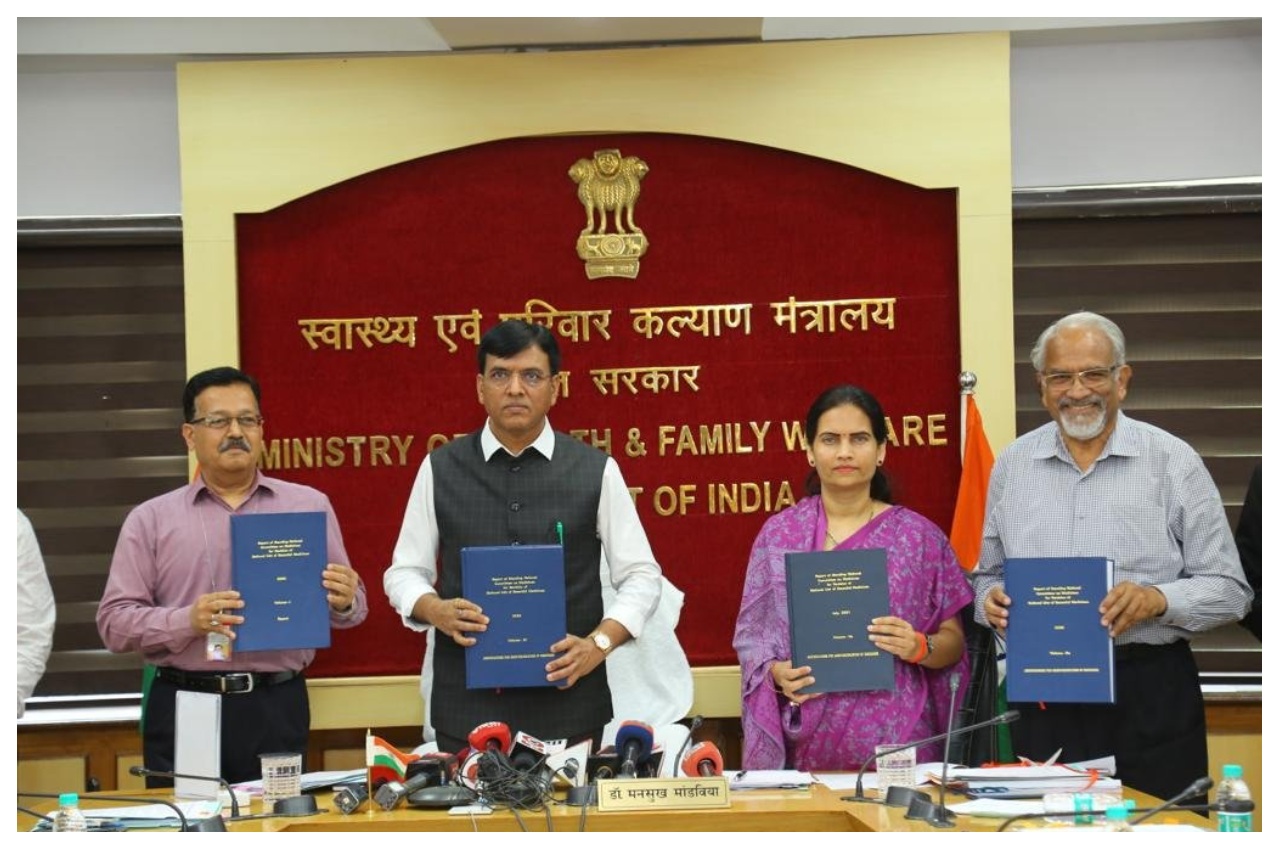 New Delhi: Union Health Minister Dr. Mansukh Mandaviya has released the National List of Essential Medicines today. There are a total of 384 drug names in this list. This list has now been updated after seven years since the year 2015. Union Health Minister Dr. Mansukh Mandaviya said that this is a very long process. Several meetings were held in consultation with a large number of experts. After which the new list has been finalized.

This list of 384 medicines has been updated after 2015. It’s a very long process… there were 140 consultations with over 350 experts, he said pic.twitter.com/3HIJNZKmat

In his address during a program, the Union Minister said that these medicines will ensure accessibility, affordability and safety in the health sector of the country in the coming days. Will prove useful to PM Modi’s claim of affordability and availability of medicines.

According to the information, 34 new medicines have been included in this list of essential medicines. At the same time, the central government has removed 26 medicines from the list of outgoing medicines. This step has been taken with the aim of providing better health services to the needy people.