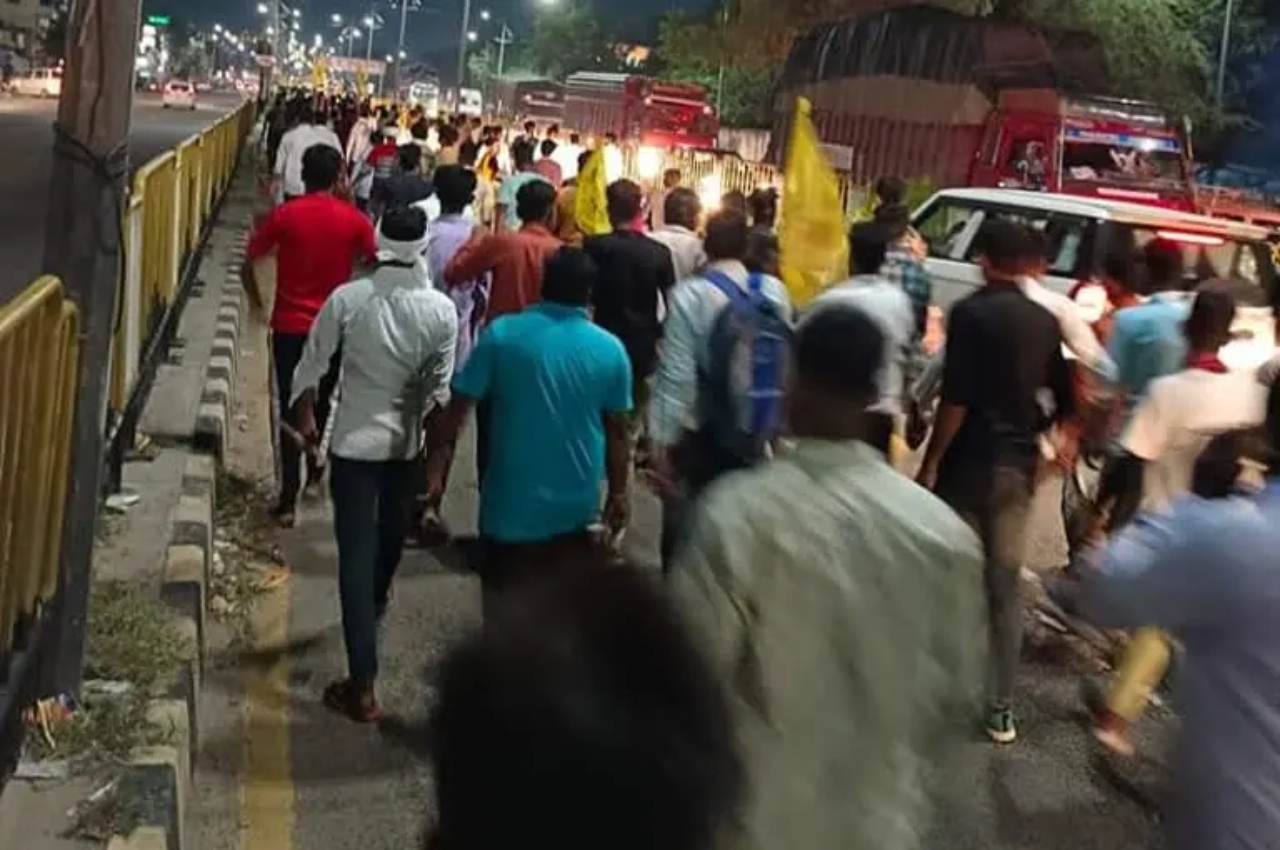 KJ Srivatsan, Jaipur: There is news of uproar in the state capital late at night. The Mali community did not agitate for the demand of reservation. It is being told that the people of Mali society had a meeting in Vidyadhar Nagar yesterday. After the meeting was over, Sikar road was jammed late night on 11 demands including reservation. The protesters also threw stones at the police and vandalized several vehicles. After this, the police have detained more than 50 people.

Let us inform that thousands of workers of Mali and Kushwaha Samaj and Rashtriya Phule Brigade blocked the Sikar and Ajmer-Delhi highways late on Thursday night with separate 11-point demands including reservation. The jam took place till 4 am today. The police did a lot of persuasion but the matter did not work, in the end the police had to lathi-charge. During the jam, the protesters also pelted stones at the police, injuring many people.

Let us tell you that there was a long jam of 3 to 4 km on both the highways. Additional commissioner Ajaypal Lamba and Kailash Vishnoi reached the spot with heavy police force on the information of the jam, but the matter did not work out.

Earlier, their sit-in demonstration continued throughout the day at Vidyadhar Nagar Stadium. The delegation of the society had also gone to the CMO on Thursday evening but the consensus could not be reached. Thousands of protesters reached Sikar Road at 12 o’clock in the night and blocked the Sikar road under the number 14 culvert. Jammed the Delhi-Ajmer highway at 12:30 pm. Due to the jam at both the places, the police had to take the last step and chased the people by lathi charge at 4 in the morning. There was also stone pelting between the police and the protesters, due to which the protesters and many policemen were also injured.