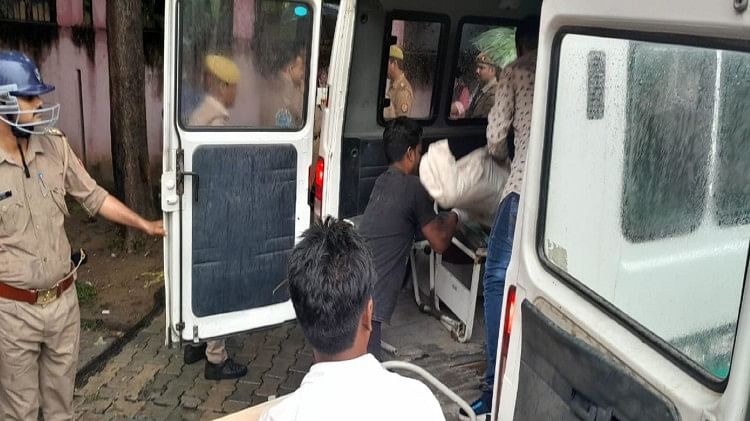 After registering a case late on Wednesday night in the murder case of two real sisters in a village under Nighasan police station area of ​​Lakhimpur Kheri, the police have arrested six accused in the case. In the post-mortem conducted on Thursday afternoon in the presence of relatives, both the sisters were raped and murdered by strangulation. On the other hand, after the incident, there is mourning in the victim’s family. Delegations of SP, BSP and Congress visited the families of the victims and met them and opened a front against the government. Meanwhile, the family demanded a job and compensation, on which late in the evening the family performed the last rites on the assurance of the administration. However, now the biggest question is, when will the police be able to finish their investigation and by when will they be able to get the culprits punished? Because it has often been seen that such cases remain pending in the court for years and the victim’s family takes a long time to get justice.

After the arrival of IG Laxmi Singh on Wednesday night, at around one o’clock, the family had filed a complaint against the main accused Chhotu and three other unknowns of the village itself, in which at 1.19 am, the police registered a case against the four accused and started their search. was given. In the night itself, some other people including accused Chhotu were taken into custody by the police. At 9 o’clock in the morning, SP Sanjeev Suman told in a press conference that six people have carried out the incident together, in which all the six accused Chhotu, Suhail, Junaid, Hafizur Rahman, Chhote and Karimuddin have been arrested.

The SP said that Suhail and Junaid have confessed to raping. Junaid was arrested during the encounter at 8:30 am on Thursday. The SP said that in the encounter of Nighasan police and SWAT team, Junaid resident Lalpur got shot in the leg. After arresting the accused, a pistol, two live cartridges, a blank cartridge and the motorcycle used for the incident have been recovered from him. After the SP’s press conference, a panel of three doctors doing the postmortem has confirmed strangulation and rape in their report.

On the other hand, after the PM, when the bodies of both the sisters reached home on Thursday afternoon, there was a scream in the house. All the people including SP leader Juhi Singh, BSP MLC Bhimrao Ambedkar, Congress District President Prahlad Patel met the family members and opened a front against the police and administration.

Meanwhile, till evening no decision on the last rites could be taken despite several initiatives. The family members demanded a job, one crore compensation and the culprits should be hanged. At six o’clock in the evening, on the assurance of the DM and the SP, the family performed the last rites of both the daughters.