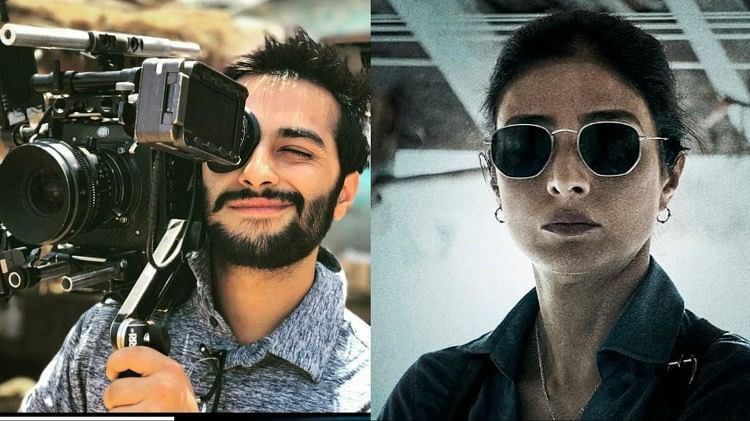 Many veteran directors of Hindi cinema, from Manmohan Desai to Ramesh Sippy, Raj Kapoor and to David Dhawan’s sons, have tried their hand at film direction like their fathers. Now it is the turn of Aasman Bhardwaj. Following in the footsteps of his father Vishal Bhardwaj for the last 16 years, Aasmaan’s directorial debut film ‘Kutte’ is going to release next month. The trailer of the film is releasing on Tuesday and before that the trailer was shown to selected film journalists and critics of the country on Monday afternoon. Edited on the beats of the superhit song ‘Dhan Te Nan’ from Vishal Bhardwaj’s film ‘Kaminey’, almost everyone praised Aasmaan after watching this trailer. Aasmaan emotionally remembered actor Irrfan Khan on the occasion and said that he ‘missed’ Irrfan a lot during the making of this film.

The sky told the matter of the heart

Actor Irrfan Khan worked in Vishal Bhardwaj-directed ‘Maqbool’, ‘Saat Khoon Maaf’ and ‘Haider’ and was associated as producer with two more of Irrfan’s films ‘Talvar’ and ‘Madaari’. Vishal’s son Aasman joined the film world with his father’s film ‘Omkara’ and from there he started learning the nuances of film direction and production. He says, ‘Had Irfan been there, things would have been different.’ Although he does not tell in which role he would have taken Irrfan in his debut film, but in his first film as a director, he has definitely got Irrfan’s co-stars like Tabu and Naseeruddin Shah. In the trailer of the film ‘Kutte’, Tabu got the most applause. And, Tabu and Irrfan’s film ‘Maqbool’ is Aasmaan’s favorite film directed by his father.

It was Vishal who introduced everyone to his son Aasmaan at the preview of the trailer of the film ‘Kutte’. The trailer of the film is full of profanity like Vishal’s early films. When asked whether the Censor Board will object to this, the film’s producer Vishal Bhardwaj says, ‘If the abuses are being given in some context and there is a solid argument for it in the story, I don’t think the Censor Board will object to it. He also objects. Secondly, the film we made is for adults only. So I don’t think there is going to be any problem on this. The story and screenplay of the film ‘Kutte’ is written by Aasman and the dialogues of the film are by Vishal Bhardwaj. The music of the film is also by Vishal and its songs are penned by Gulzar.

Aasman Bhardwaj’s debut film ‘Kutte’ from its trailer seems to present the hallmark of corrupt police system. Arjun Kapoor, Kumud Mishra and Tabu play police officers in the film. Tabu also became a police officer in the first episode of the recently released film ‘Drishyam 2’ and in the film ‘Bhola’, which is going to be released next year, her character is also that of a police officer. The pairing of Shardul Bhardwaj and Radhika Madan is also another attractive aspect of the trailer. And, Konkona Sen Sharma appears as the chieftain of the Naxalites. Aasman says, ‘He has kept this background of the Naxalites from the border areas of Maharashtra and Chhattisgarh, Gadchiroli and Chandrapur.’

The film will be released in January

The shooting of the film ‘Kutte’, which was announced in August last year, began in November 2021 and its last schedule was completed in February this year. The film is going to release on 13 January 2023. This is the third generation of Bhardwaj family in cinema. Vishal Bhardwaj’s father Ram Bhardwaj has also been associated with Hindi cinema. Due to his efforts, the first song composed by Vishal Bhardwaj reached composer Usha Khanna. Later Vishal came from Meerut to study in Delhi. This is where Rekha met Bhardwaj. The journey of becoming a musician started by giving music in Doordarshan serials and he became famous all over the world with Gulzar’s superhit film ‘Maachis’. Vishal also started film direction so that he could give music of his choice in the films of his choice. Vishal has completed his 20 years as a director just last month in November.