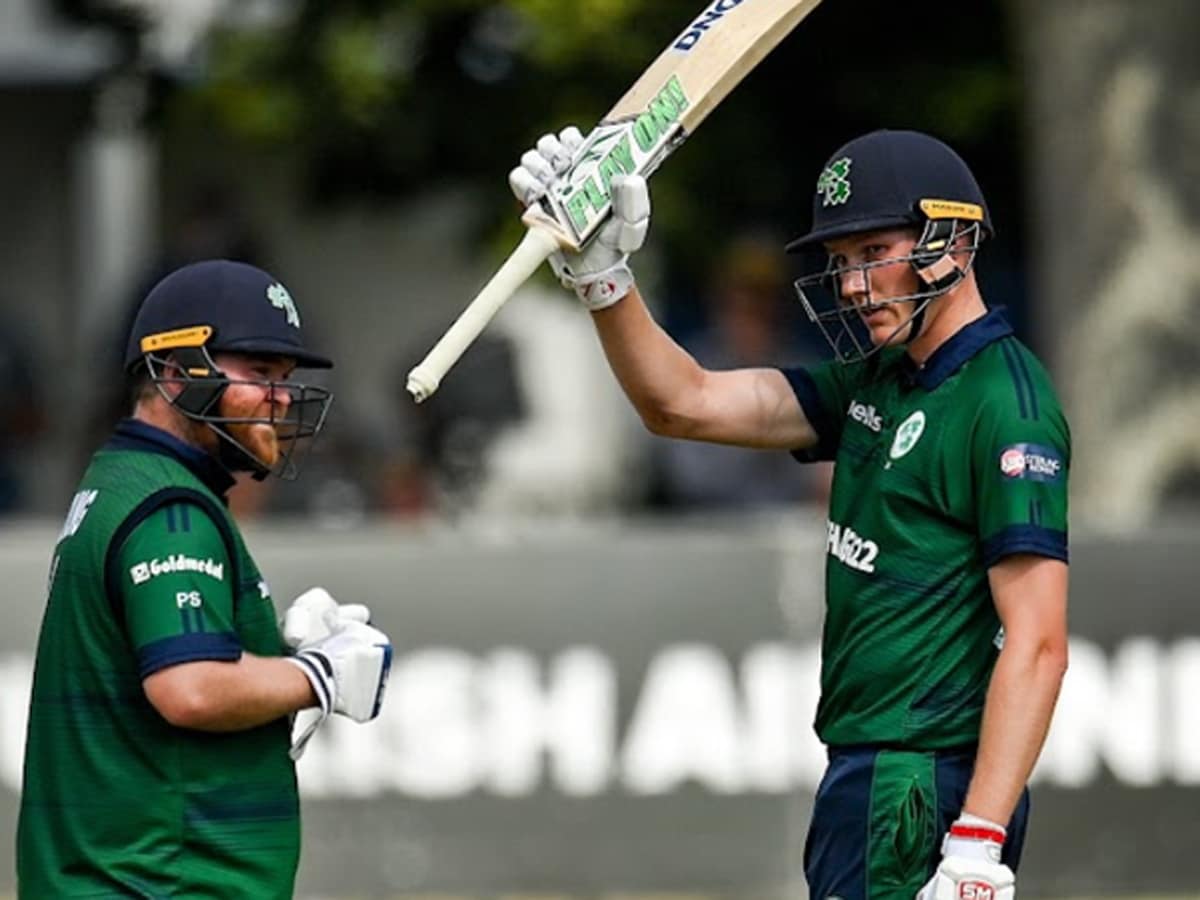 New Delhi. Ireland needed 10 runs in the last over, 2 runs were needed off the last ball of the innings and just… the floor kept coming. The target in this very exciting match was – 361 runs which New Zealand put in front of the host team in the third ODI of the series (IRE vs NZ 3rd ODI). The Irish batsmen tried their best but could only score 359 runs for 9 wickets in 50 overs. In this way, the New Zealand team won the 3-match ODI series with a clean sweep.

Great innings from Guptill and Nicholls
New Zealand made a huge score of 360 runs for the loss of 6 wickets, thanks to the brilliant innings of opener Martin Guptill (115) and Henry Nicholls (79). Openers Paul Stirling (120) and Harry Tector (108) scored centuries for Ireland in this last ODI match of the series played in Dublin. Together they added 179 runs for the third wicket. Both of them also raised the hope of victory.

Click here to see the full scorecard of this match

Harry Tector holds hope
As long as 22-year-old Harry Tector remained at the crease, Ireland’s fans kept hoping. Eventually, on the third ball of the 44th over of the innings, Mitchell Santner bowled him. He returned to the pavilion as the sixth wicket of the team, when the team’s score was 310 runs. After this George Dockrell tried and scored 22 runs in 17 balls with the help of 2 fours.

10 runs needed in the last over
Matt Henry caught Dockrell at the hands of Bracewell in the last (49th) over of his quota. Ireland needed 10 runs to win in the last over of the innings, with Craig Young and Graham Hume at the crease.

Young run out and hope shattered
Blair Tickner comes in to bowl the last over. Hume could not score any run on the first ball. Completed a single off the next ball which brought Craig Young to the crease. Young hit a four on the third ball and there was a wave of happiness in the Irish camp but this hope was shattered on the next ball itself. Young is run out. The attempt was to run 2 runs but Martin Guptill threw the ball fast towards wicketkeeper Tom Latham and Young had to return.

The hosts lost on the last ball
After this 4 runs were needed off the last 2 balls, Joshua Little of Ireland took a single off the 5th ball and got 1 run off the last ball via a bye. New Zealand won the match by 1 run and the series 3-0. New Zealand’s experienced opener Martin Guptill was adjudged man of the match. He scored 115 runs in 126 balls hitting 15 fours and 2 sixes. Matt Henry also gave a strong performance. He sent 4 batsmen of Ireland to the pavilion and contributed to the victory.