From Ward 27, BJP candidate Munnalal Yadav won by around 450 votes. There was a tussle.

Pushyamitra Bhargava thanked the people of Indore by tweeting

Pushyamitra Bhargava wrote from his Twitter handle – Thank you Indore! I am grateful for giving my immense blessings and unlimited affection to Akinchit. I assure all of you that I will continue to work with determination to fulfill your every dream and fulfill your every aspiration. Earlier in another tweet, he wrote- ‘Golden age will bring, strong determination in mind. Will increase the pride of Indore, there will be more Jai-Jai!

The counting of votes for the urban body elections in Indore district was completed peacefully today. The results of the eight municipal councils of the district were also declared by the respective returning officers. The declared result information is as follows.

Nandu Pahadia of Ward 47 has been declared the winner by 4847 votes.

Mayor’s candidate Pushyamitra Bhargava, who is nearing Indore victory, has reached the BJP office. He has been given a warm welcome. 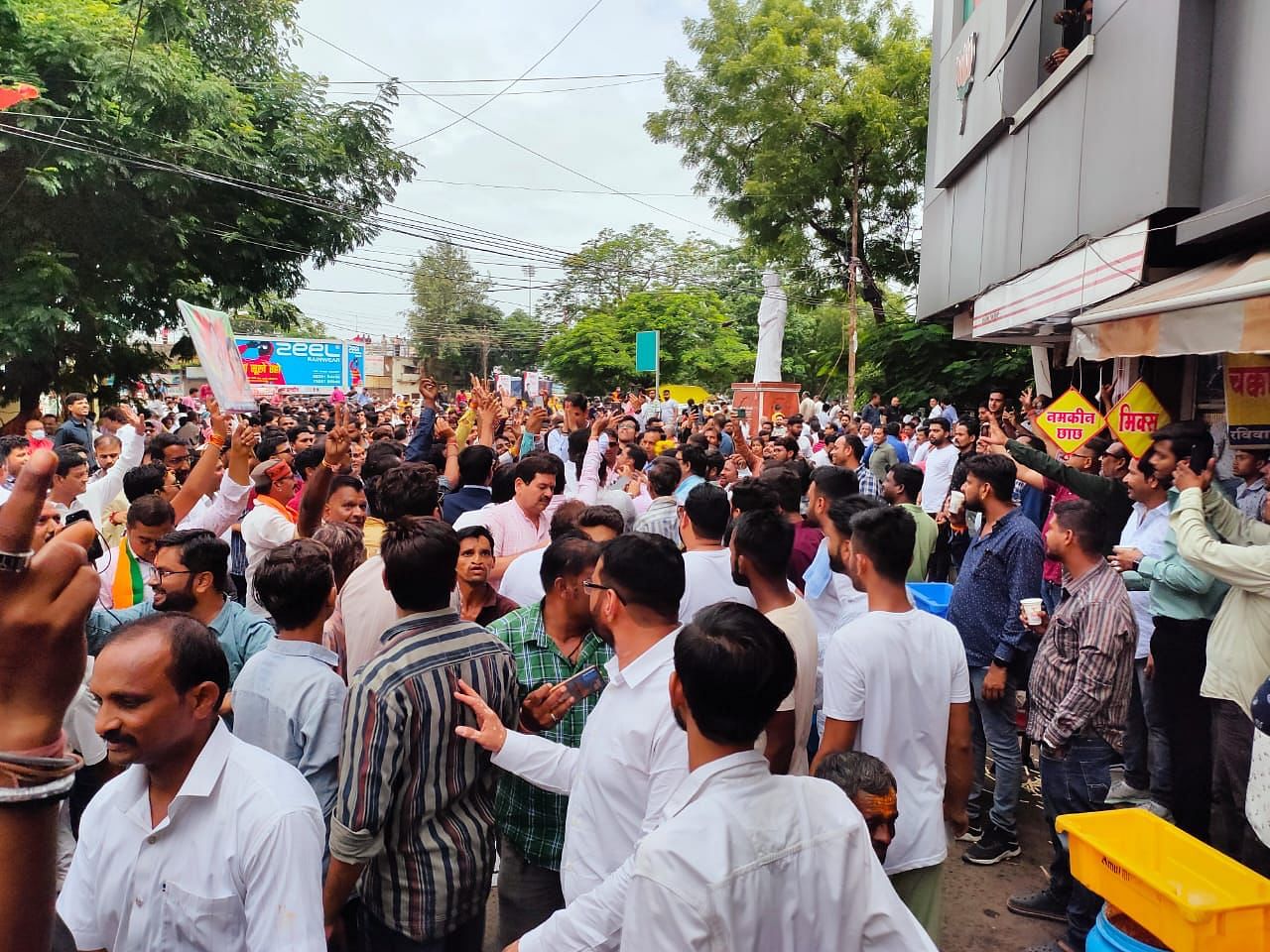 Lunch break at the counting site, counting halted for an hour

In Indore’s most high-profile ward 22, Raju Bhadauria of Congress is leading over Chandu Shinde of BJP by over 1,408 votes. 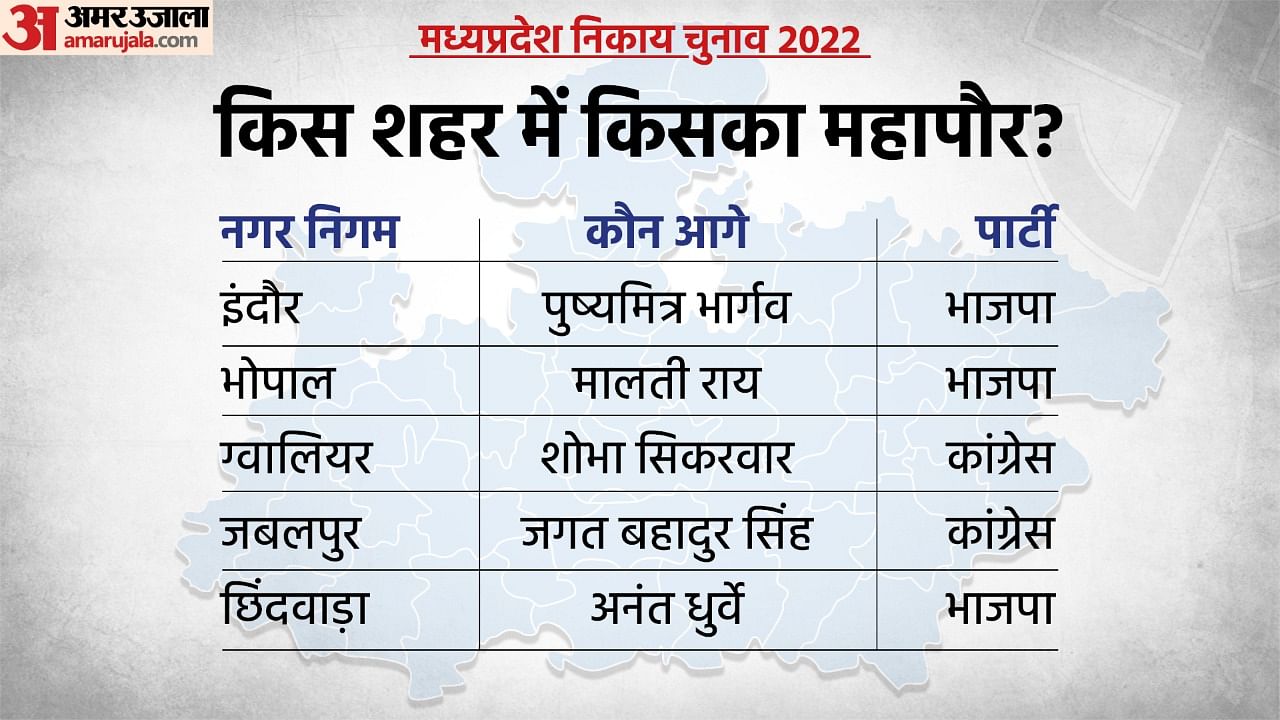 In Indore, Santosh Singh Gaur, a special supporter of Minister Usha Thakur, lost the election from Ward 10 Banganga. He was defeated by Bhallu Yadav’s daughter-in-law Vinitika Yadav. Usha Thakur herself was engaged day and night in this ward. Remember, it was Usha Thakur who defeated Bhallu Yadav in the 2003 assembly elections.