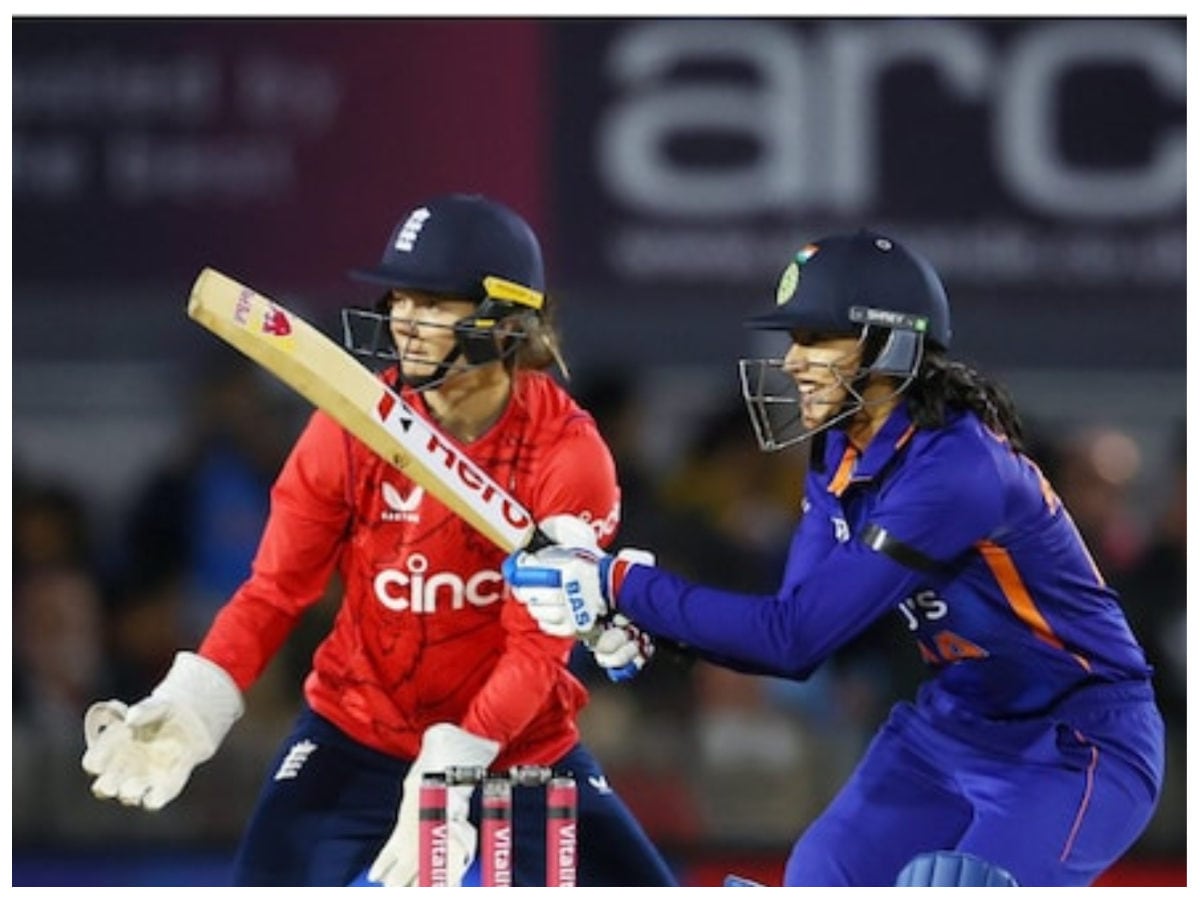 New Delhi. Smriti Mandhana’s 79 not out helped the Indian women’s cricket team beat England by 8 wickets in the second T20I. In the match played at the Derby Cricket Ground, the England team, batting first, set a target of 143 runs in front of the Indian team. Team India achieved this target by losing two wickets due to the innings of Mandhana and captain Harmanpreet Kaur. Mandhana was adjudged man of the match for her innings. Apart from Mandhana, Harmanpreet also played an unbeaten 29 runs in 22 balls.

In this match, England captain Amy Jones won the toss and decided to bat first. However, his decision did not prove to be correct. In the second over, England’s opener Sophia Dunkley returned to the pavilion after scoring 5 runs off Deepti Sharma’s ball. After this, fast bowler Renuka Singh dismissed Danny Watt on a personal score of 6 runs in the third over.

England got the third blow in the form of Alice Capsi. She was run out after scoring 4 runs. At one time, three wickets of the England team fell for just 16 runs. Bryony Smith supported the team by scoring 16 and Captain Jones scored 17 runs. Half of England’s team returned to the pavilion for 54 runs.

It seemed that the Indian bowlers would wrap up England’s innings within 100 runs. However, Freya Kemp and Maia Bouchier put on a 65-run partnership for the sixth wicket. Bouchier scored 34 runs in 26 balls with the help of four fours. At the same time, Freya played an unbeaten 51 runs in 37 balls with the help of three fours and three sixes. There was a 23-run partnership between Freya and Sophie Ecclestone for the 7th, in which Sophie remained unbeaten on 7 runs.

England team managed to score 142 runs in the allotted 20 overs for the loss of 6 wickets. For India, Sneh Rana took three wickets for 24 runs. Renuka Singh and Deepti Sharma got one wicket each. Taking lessons from the previous match, the Indian team made a great start in this match. The pair of Smriti Mandhana and Shefali Verma added 55 runs for the first wicket. Shefali got out after scoring 20 runs in 17 balls with the help of four fours.