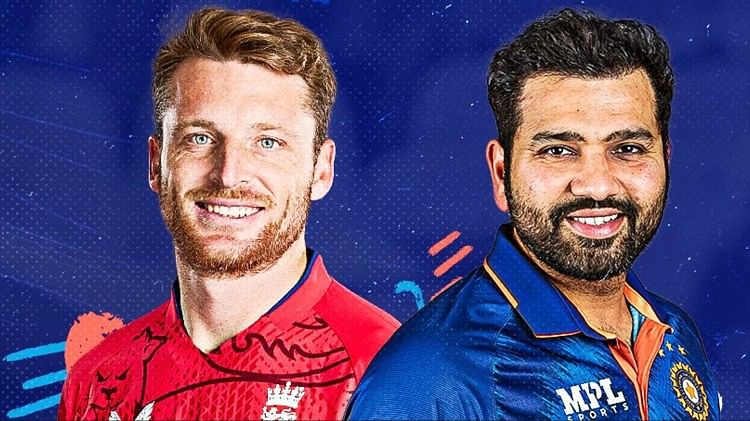 IND vs ENG Live: Both the teams are as follows

IND vs ENG Live: England won the toss and elected to bowl

England captain Jos Buttler won the toss and elected to bowl against India. The England captain has made two changes in the team. David Willey and Richard Gleason have been named in the playing 11 in place of Reece Topley and Tymal Mills. At the same time, Indian captain Rohit Sharma has made four changes in the playing-11. Ishan Kishan, Deepak Hooda, Axar Patel and Arshdeep Singh have been dropped from the team. At the same time, Virat Kohli, Rishabh Pant, Jasprit Bumrah and Ravindra Jadeja have returned to the team.

IND vs ENG Live: England have high hopes from Butler-Moeen

Hardik Pandya performed brilliantly with both bat and ball. Rohit will expect better performance from the team in fielding. On the other hand, England team would like to come back after forgetting the loss of the first match. Captain Jos Buttler, who was dismissed on the first ball, will be expected to perform better. The team will also have high hopes from all-rounder Moeen Ali. The hosts will have to put in better efforts to save the series at home.

Virat Kohli, Rishabh Pant, Jasprit Bumrah, Ravindra Jadeja and Shreyas Iyer have also joined the T20 team. In the first match, India missed a batsman, although the team scored 198 runs. The batting looks strong with Jadeja coming in place of Axar Patel. Bhuvneshwar Kumar impressed with the new ball and now Bumrah will also join him. Arshdeep’s debut was successful but he is not in the team for the next two matches. Umran Malik has been chosen in his place.

Kohli has also been given a break in the five-match T20I series against West Indies. In such a situation, the upcoming two matches against England will be very important considering their future in this format. Kohli has proved himself many times but given the fearless game of the young players, he will have to return to his familiar colors again. Rohit has returned in the first match against England, who could not play the Test match due to Corona infection. Indian players did not play in the traditional style in the first match as this was also the reason for the poor performance in the World Cup. 66 runs were scored in the powerplay and despite the fall of wickets, the runs continued to be scored. India, however, will have to work on the ‘finishing’.

IND vs ENG Live: Kohli can open with Rohit

Kohli and other senior players are given periodic rest as per the team’s rotation policy. Younger players like Deepak Hooda were given his place and considering his form, it would be difficult to get him out of the team. Hooda, batting on the order of Kohli, scored 33 runs in 17 balls in the first match of the series against England. If he is retained, Kohli will have to open the innings with skipper Rohit Sharma. In such a situation, Ishaan Kishan will have to stay out. Kohli scored the last half-century in T20 while opening the innings.

If India wins this match, then they will win the fourth consecutive T20 series in England. Earlier, he won the series 3-2 in 2021, 2-1 in 2018 and 2-1 in 2017. India’s star batsman Virat Kohli, who is returning to T20 cricket after five months through this match, will be under tremendous pressure to get rid of his long poor form.

Kohli played the last T20 International in February. He has played only two T20Is since India’s poor performance in the T20 World Cup in October-November. During this time he played T20 cricket only in IPL but could not perform best in that too.

Hi! Welcome to Amar Ujala’s Live Blog. The second match of the three-match T20 series between India and England will be played at Edgbaston today. In this match, Virat Kohli, Rishabh Pant and Jasprit Bumrah are returning to the T20 team. Now it will be a matter to be seen what changes captain Rohit Sharma makes in the playing-11. The Indian team is currently leading 1-0 in the series.