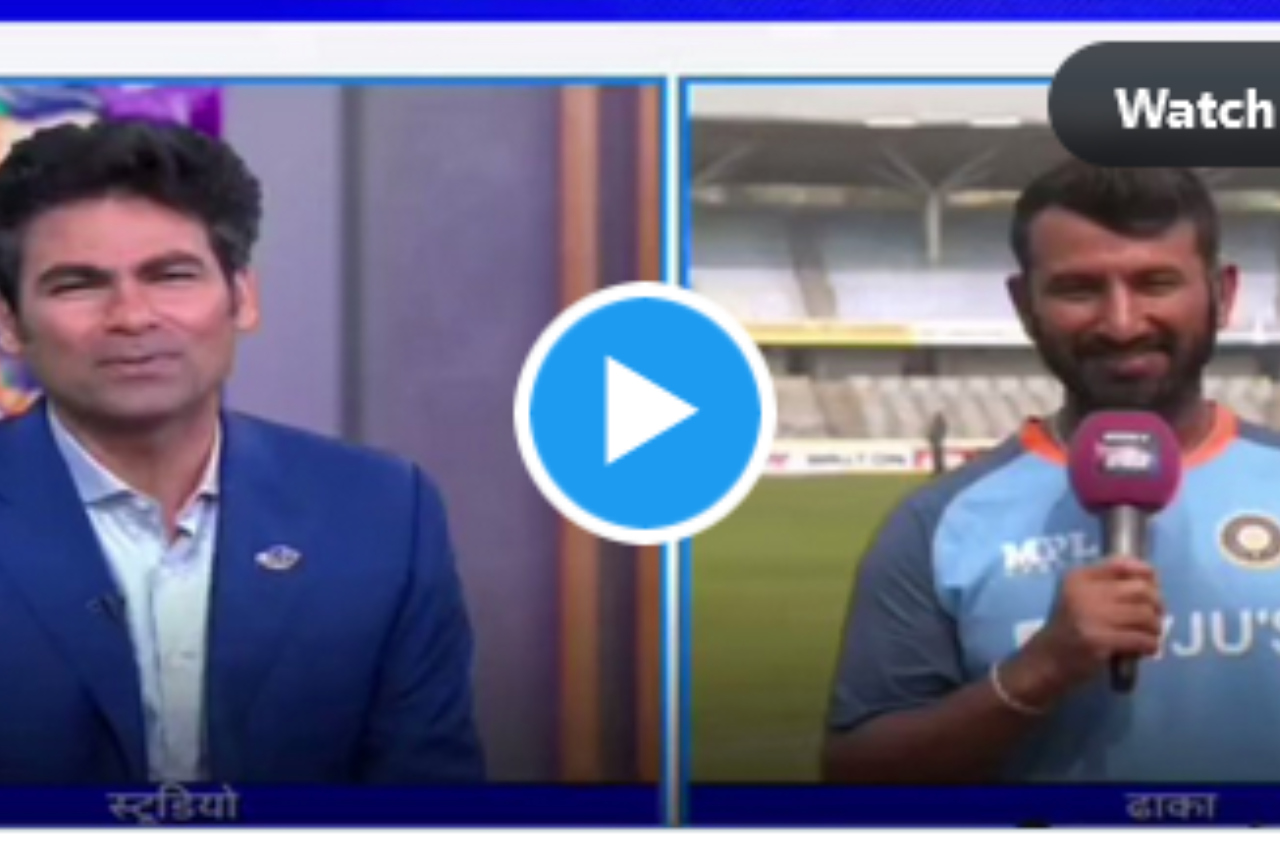 new Delhi: Team India has moved up to number 2 in the World Test Championship (WTC) standings after winning the two-match Test series against Bangladesh. In the second Test match on Sunday, the Indian team won by three wickets. Virat Kohli and KL Rahul failed once again in this series.

Virat Kohli could score only 45 runs

Kohli could only manage 45 runs in four innings. At the same time, vice-captain Cheteshwar Pujara appeared in excellent form. He scored a brilliant century in the first Test match. Pujara, who scored a total of 222 runs in this series, was given the title of Man of the Series. After the match, former cricketer Mohammad Kaif asked Pujara a question about the celebration. Kaif said – You celebrate in a very simple way. Show a little bat-weight, show a little aggression and its visuals are played many times on TV.

Congratulations to @cheteshwar1 on being named the Player of the Series 👏👏

Bro do something, put the trophy on social media

Kaif said- Seeing these visuals, people remember that Pujara is scoring, otherwise it is always a matter of your strike rate. You play so slow, it is a matter of that. Kaif further said – Brother, do something… Kiss the trophy you have got, put it on social media. Tell people that look brother, we played well and we have won the man of the series in the comeback. Pujara please man…

Belief in contribution more than celebration

On this taunt of Kaif, Pujara said – I am running Kaifi Bhai, that is enough for me. I think the bat talks too much. It is better to celebrate as many runs as possible and contribute for the team, that is very important. The team has also realized over a period of time that the way I bat is very important. I will just keep scoring runs like this and it is not my nature to celebrate much. Actually, Kaif wanted to taunt Virat Kohli’s aggression. Kohli is seen celebrating in a unique way after the match. While Pujara remains quite calm on the field and outside it.