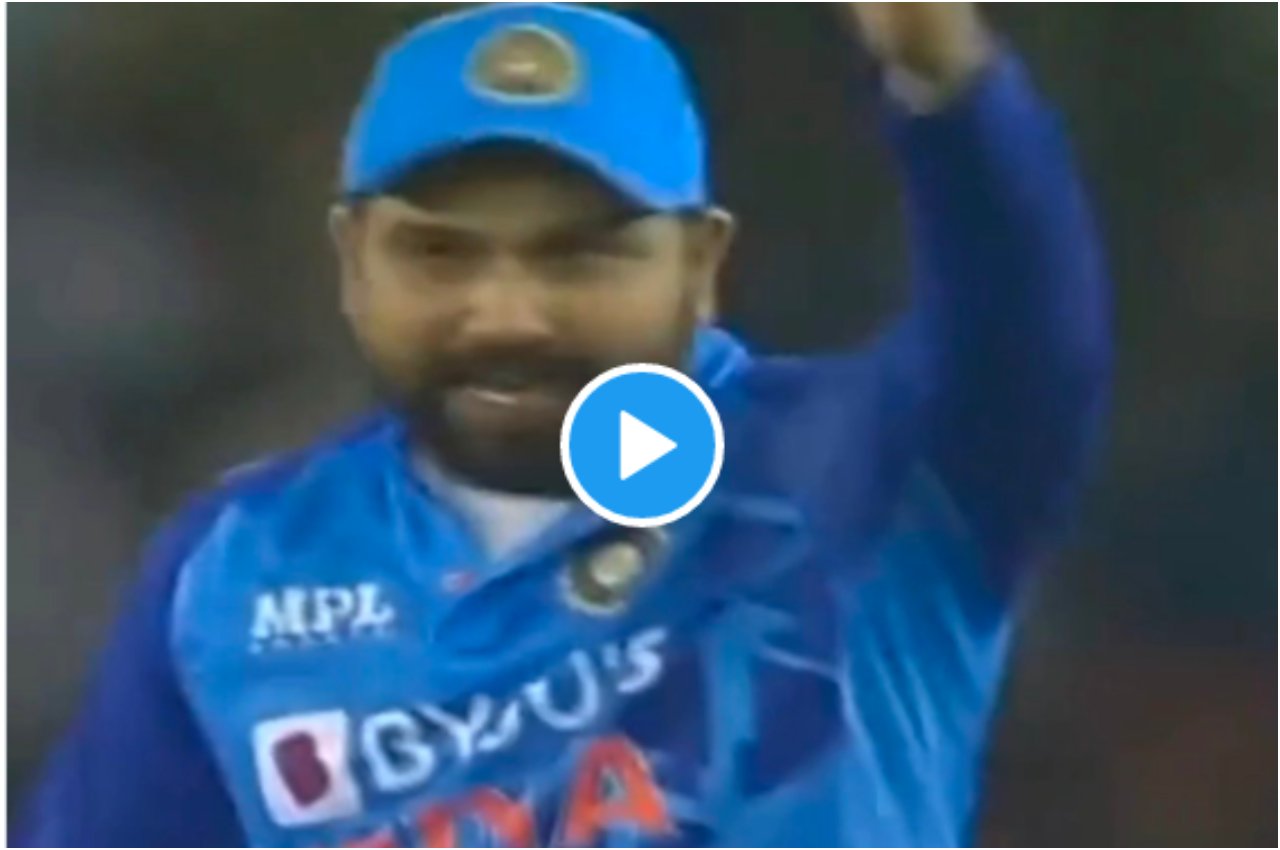 New Delhi: Team India had to face defeat by 4 wickets in the first T20 match played between India and Australia in Mohali on Tuesday. For Team India, the bowlers performed poorly after the brilliant innings of KL Rahul, Suryakumar Yadav and Hardik Pandya. Along with this, many catches were also dropped on the field. Seeing this, Captain Rohit Sharma got furious. Now his strange reactions are going viral.

While fielding on the field, a video of him has surfaced, in which he is seen raging on poor fielding. This incident happened in the sixth over. Harshal Patel bowled the second ball of the over and Green took a bye. To catch this ball, wicketkeeper Dinesh Karthik ran towards short leg, but the fielder standing there did not come to throw the ball. What was it then, the captain got very angry on the fielder and started calling him good and bad. After this he also got angry on the decision of the umpire and started muttering something.

However, captain Rohit Sharma had a smile on his face when Glenn Maxwell was dismissed for just one run by Dinesh Karthik. Umesh Yadav took two wickets in the 12th over. On the third and sixth balls, Dinesh Karthik took the catch of Steve Smith and Glenn Maxwell and sent them to the pavilion.

This guy is a shameless captain. pic.twitter.com/EbrQzQ9TB8

After this, when the time for review came on Maxwell’s wicket, Rohit grabbed DK’s mouth and shook him hard. He got so excited at this moment that he did not even know that his strange reaction was being captured in the camera. His reaction became viral on seeing this. However, after losing the first match, Team India would like to make a comeback in the second match to be held on 23 September. The return of Jasprit Bumrah is believed to be certain. It will be interesting to see how Team India makes a comeback.