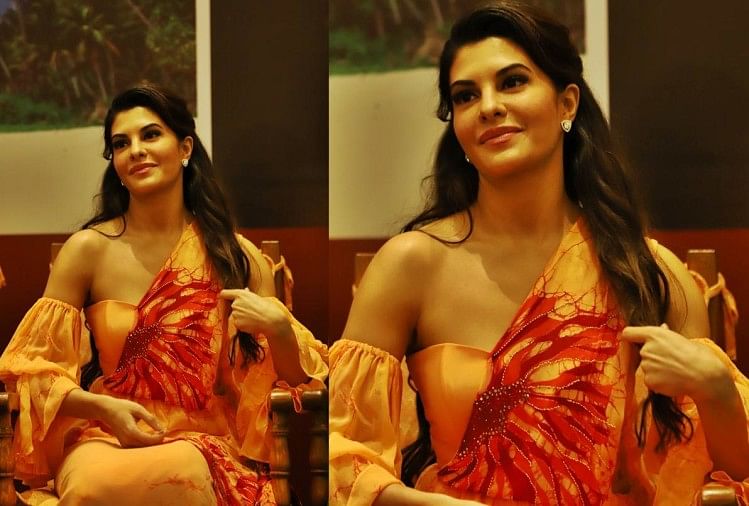 Sri Lankan beauty and Bollywood actress Jacqueline Fernandez is making headlines these days for her relationship with Sukesh Chandrasekhar more than her work. While the EOW (Economic Offenses Cell) is constantly questioning the actress in a money laundering case, the heat has now reached her stylist as well. Jacqueline’s stylist Lipakshi Elawadi was questioned by the Economic Offenses Wing of Delhi Police on Wednesday in a case of extortion involving Sukesh Chandrashekhar. This interrogation lasted for about eight hours, in which a variety of questions and answers were given to Lipakshi.

Talking about the eight-hour-long interrogation, Delhi Police officials said that Elavadi was questioned a few days after Jacqueline was questioned in this case. A senior police officer said, “Elavadi reached the office at 11:30 am and the interrogation lasted for about eight hours. She left the office at around 7.30 pm. Lipakshi was called to know about the equation shared by Jacqueline. She has been working for different personalities in the industry for almost 10 years. She is a dress designer and consultant and the Delhi Police had to interrogate her along with Jacqueline, but that did not happen. Hence today Lipakshi has been questioned separately.

Describing the interrogation, the police officer claimed that during interrogation, Lipakshi admitted that she knew about the relationship between Fernandez and Chandrashekhar. The official said that Sukesh Chandrashekhar had contacted Lipakshi to inquire about the brand of clothing worn by Bollywood stars. The police officer said, “Sukesh had approached Lipakshi last year to know about the brands and clothes Jacqueline liked. All the money received from Sukesh was spent by Lipakshi to buy gifts for Jacqueline.

Police said that Lipakshi also told them that as soon as the news of Sukesh’s arrest came, Jacqueline broke all ties with him. Delhi Police has so far summoned the actress twice for her alleged role of Jacqueline in the case. Significantly, Sukesh Chandrashekhar, who is currently in jail, is accused of defrauding several people including high-profile people like Aditi Singh, wife of Shivinder Mohan Singh, former Fortis Healthcare promoter. On August 17, the Enforcement Directorate has filed a chargesheet naming Fernandez as an accused in the multi-crore money laundering case involving Sukesh.