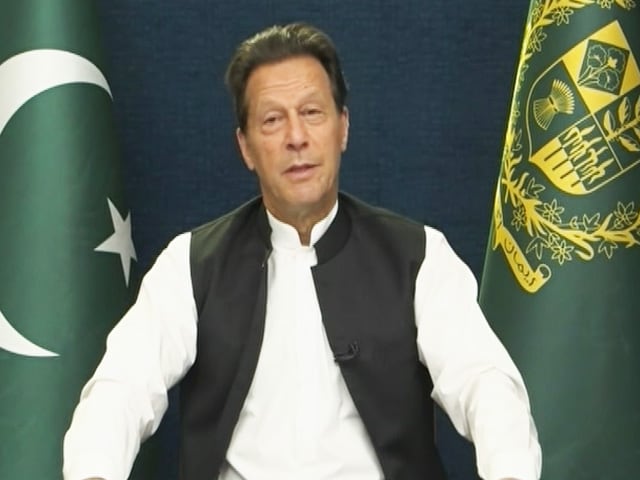 I want to first thank our PTI workers & voters of Punjab for defeating not just PMLN candidates but the entire state machinery, esp harassment by police, & a totally biased ECP. Thank you to all our Allies, PMLQ, MWM & Sunni Ittehad Council. pic.twitter.com/TgFqQ7EDj0

The post of Chief Minister Hamza Shahbaz, son of PM Shehbaz Sharif, is about to go. The election for the chief minister’s post will be held on July 22 on the orders of the Supreme Court and PTI-PMLQ joint candidate Chaudhary Pervez Elahi is likely to become the new chief minister of the politically important province of Punjab.

According to unofficial results so far, Khan’s party ‘PTI’ has won 16 seats, while the Pakistan Muslim League-Nawaz (PML-N) has won only three seats. An independent candidate has also won.

The Sharif family’s ruling PML-N has accepted its defeat and even congratulated PTI president Khan for the “massive victory” in the bypolls. Prime Minister’s spokesperson Malik Ahmed Khan told PTI-Bhasha, “We respect the mandate of the people. Now we ask PTI-PMLQ to form the government in Punjab.

Asked whether Prime Minister Shahbaz would dissolve the National Assembly to hold early general elections, he said, “The PML-N leadership will take a decision on this in consultation with its allies.”

PML-N Vice President Maryam Nawaz has also accepted the defeat of her party. “We must accept our defeat with an open heart,” the daughter of PML-N supreme leader Nawaz Sharif said in a tweet.

Khan said in a tweet, “Tehreek-e-Insaf is winning at least 15 seats. But it is very important for all our people on duty at all the polling stations not to leave their seats till the official results are received from the returning officers.

As results coming in PTI is winning in atleast 15 seats. But it is very important for all our people on duty in all polling stations not to leave their posts till official results have been obtained from the Returning Officers.

Senior leader of Khan’s party Asad Umar said Khan would announce the party’s strategy after the core committee meeting on Monday. He said that now the only option left with the PML-N is to hold fresh general elections immediately.

The Election Commission of Pakistan (ECP) on May 23 disqualified 25 disgruntled members of PTI, including five elected from seats reserved for women and minorities. This action was taken on the petition of Khan.

Earlier on Sunday, the bypolls were held relatively peacefully with sporadic incidents of violence. Heavy police force was deployed in the five ‘sensitive’ constituencies of Lahore and Multan.

Some political activists were injured during clashes between PML-N and PTI supporters in Lahore. Violent clashes between two arch rivals were also reported in Muzaffargarh, about 350 km from Lahore. The turnout was reportedly low in most of the constituencies.

According to the Punjab Police, 15 people have been arrested from different polling stations for indulging in violence and carrying weapons. The police have also arrested Shahbaz Gill, a close aide of PTI President Imran Khan, from Muzaffargarh for having an armed guard.

According to the rules, a party or coalition needs to have at least 186 seats out of 371 seats in the assembly to choose the chief minister of their choice.