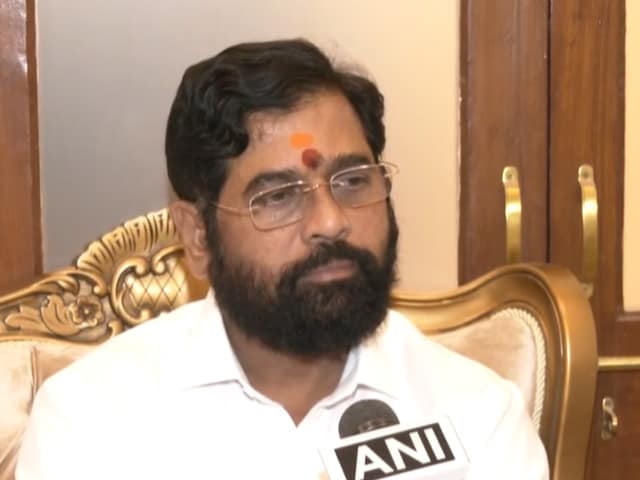 Maharashtra Chief Minister Eknath Shinde on Wednesday said he is a “sevak” and his government is committed to the all-round development of Maharashtra as well as the welfare of each of its citizens. Shinde said that now decisions are being taken for the welfare of the people, which should have been taken two-and-a-half years ago, but it did not happen. He said that 50 MLAs (who rebelled in his support) had to take a stand unitedly . The chief minister’s remarks came in the context of Shiv Sena chief Uddhav Thackeray’s announcement on Tuesday that the party would support the BJP-led National Democratic Alliance’s (NDA) presidential candidate Draupadi Murmu.

Shinde said this while interacting with reporters at Thane’s Anand Ashram after paying tributes to late Shiv Sena founder Bal Thackeray and his political guru Anand Dighe on the occasion of Guru Purnima. Nationalist Congress Party (NCP) president Sharad Pawar had recently said that he wants the Shiv Sena, NCP and Congress to fight together as Maha Vikas Aghadi (MVA) in the upcoming elections. When asked about this, Chief Minister Shinde said, “Pawar is a big leader. I have 50 MLAs in my side, who are in alliance (with BJP) at present. We are all moving towards the goal of development of the state and we do not want to get into politics.

“My government wants to ensure that the lives of the people of the state improve. Citizens should realize that this is their government. I am a ‘Sevak’ and will remain till my death. I will follow the path shown by late Shiv Sena supremo Bal Thackeray and Anand Dighe by following their principles.” MPs wanted this.

Shinde said this while referring to the MLAs who rebelled against the Shiv Sena last month. Most of the Shiv Sena MLAs had supported him in the rebellion against the party leadership, which led to the collapse of the Maha Vikas Aghadi government in the state and Uddhav Thackeray resigned from the chief minister’s post on June 29. Shinde said, “The stand adopted by the 50 MLAs got support from all over the state. Even during the recent visit to Pandharpur, due to the Ashadhi Ekadashi, about one million people had gathered and received a grand welcome. I met people freely and they gave me their love.

Shinde claimed that the stand adopted by the rebels has been welcomed by the party office-bearers, councilors and all others. “Even today itself, Shiv Sena councilors from Ulhasnagar supported us and this is the situation in Nashik and Ahmednagar.” When asked about the cabinet expansion, he said that it can happen after July 18, but did not give details.

Shinde also refrained from giving any direct reply to Shiv Sena MP Sanjay Raut’s statement that Murmu’s support does not mean BJP’s support. He said his faction’s spokesperson Deepak Kaserkar has gone to Delhi to attend a meeting called by the NDA on the presidential election.