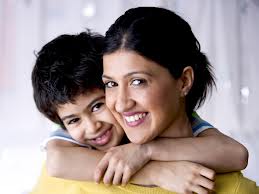 The people of the locality were very upset with Raju. Raju’s age was not so young that he could be left as a child, that’s why everyone scolded him a lot and sometimes even beat him.

When his father would return home from work, Raju would complain to him about the neighbors. Sometimes he would say, Sharma uncle beat him with a broom or sometimes Gupta aunty beat him. When Raju’s father used to go to talk to the neighbors, the neighbors used to tell him four things. Raju’s father was troubled by his mischiefs.

One day, Raju’s father thought. Today he will be with Raju throughout the day and will support him in all his mischiefs.

Raju’s mischief started from morning itself. He hid the news paper of the neighbor. When the angry red neighbor came out, Raju started laughing out loud seeing him. This time, seeing his father with Raju, the anger of the neighbor had increased many times more than the heat of May. In anger, the red neighbor told both of them a lot, but when Raju and his father did not care, he also went inside the house slamming the door.

Raju felt that father would also do something like this. But his father did something different. As soon as the old woman went away from her vegetables. Raju’s father, together with Raju, cleaned the vegetables and froze them. When the old woman came back, she was very happy to see the frozen vegetables. After a while, when the old lady’s eyes were touched, Raju’s father got the old lady’s broken sandal fixed. As soon as the old woman got up, her eyes were filled with tears after seeing the slippers and she started saying – God bless that angel who did so much for me.

Raju’s father secretly helped the old lady a lot till evening. Raju was also enjoying doing all this secretly. But he did not know that this time he is not playing pranks but helping people.

Raju could not understand anything. He came back home with his father. Raju, who used to talk the whole time, was silent today. Raju’s father said to him – Raju son, what you did today, did you get happiness from it? Raju said – yes father, and also got a chocolate. Raju’s father started laughing out loud. Raju’s father explained to him and said – Son, you trouble everyone everyday, then everyone scolds you. And then you come to me and complain about them. But today you helped everyone, so they loved you a lot…..

Lesson from the story (Moral Of The Story):

Only their parents can give true training to children. If Raju’s father had only listened to him and fought with the neighbors, he would never have been able to make Raju realize right and wrong. If every parent gives good training to their child from childhood, then a good society will be built.