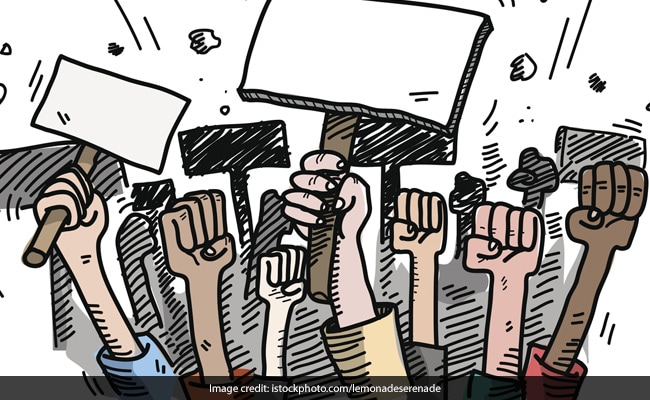 In Gandhinagar, a large number of disgruntled workers took part in a rally in the old Secretariat premises.

Thousands of employees of the Gujarat government, including school teachers, took ‘Mass Casual Leave’ in protest on Saturday, demanding the implementation of the Old Pension Scheme. A joint organization of various unions on Friday called off the agitation saying that the state government had accepted most of their demands, but the district level unions claimed that the government had not accepted their main demand of the OPS. National United Front (Saurashtra region) coordinator Mahesh Mori said, “Our main demand was OPS and the state government did not resolve the issue on Friday.

This issue affects every employee of the state, so they decided to join mass casual leave today. “He said that in Bhavnagar alone, about 7000 government teachers were on leave on Saturday. Unions representing teachers, panchayat health workers and revenue workers have been protesting for some time demanding restoration of OPS in the state.

In Gandhinagar, a large number of disgruntled workers took part in a rally in the old Secretariat premises and did not go to work. A protesting employee said, “Our union leaders withdrew the agitation saying that all our demands have been accepted. But our demand for OPS is still pending. The government has agreed to give OPS only to those employees who joined service before 2005.