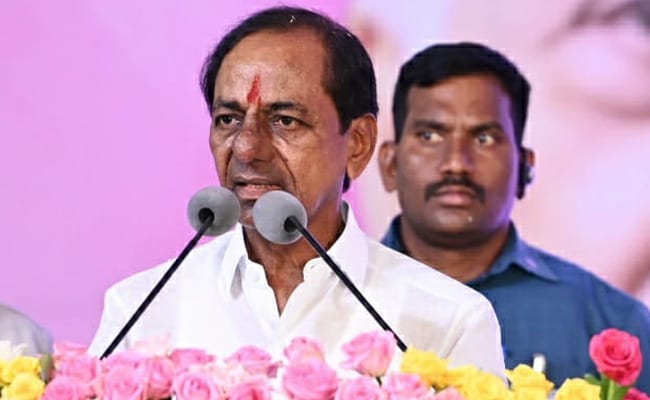 People are facing a lot of trouble due to rain and floods in many states of the country. The havoc of rain is also being seen in many parts of Telangana. Chief Minister K Chandrashekhar Rao has ordered the officials to continue the rescue work immediately in case drains, reservoirs and rivers are in spate due to incessant rains in the state. CM KCR has directed the officials to work in coordination with all the departments to reduce the loss of life and property due to heavy floods. Chief Minister KCR held a high level review meeting on the rain and flood situation at Pragati Bhavan on Wednesday. In this meeting, which started at 12 am on Wednesday, the CM reviewed the flood situation and rescue measures for about 6 hours and issued appropriate orders.

KCR issued appropriate orders to the officials of the Irrigation Department to inquire about the flow of water from various reservoirs like SSRSP in the backdrop of heavy rains in the upper reaches of Krishna and Godavari rivers. The CM also inquired about the steps taken to take people to safer places in the flood-affected areas.

As flood water is flowing heavily in the Kadam project, the authorities have evacuated the people of 12 villages which are affected by the floods due to the release of water in the lower part of the Kadem project. The CM ordered the local minister Indrakaran Reddy to take protective measures from there over the phone. The CM directed the Special Chief Secretary of the Municipal Corporation Arvind Kumar to take immediate action in the towns of the river catchment area, including Nirmal.

In view of the rising floods in Bhadrachalam, the Chief Minister ordered local minister Puvvada Ajay Kumar to oversee the arrangements from there and immediately evacuate people from the flood-affected areas. CM KCR along with Agriculture Minister Singareddy Niranjan Reddy and Rythubandhu Committee chairman Palla Rajeshwar Reddy reviewed the situation of crops and siltation of ponds in the state in the wake of floods. The CM ordered to provide necessary seeds and fertilizers immediately after the floods subsided.

The Chief Minister ordered Power Department CMD Prabhakar Rao, Raghumareddy and Singareni CMD Sridhar to take measures to prevent any disruption in power supply in the state due to rains and stock enough coal for another month . The officials of the Electricity Department informed the CM that 2300 electric poles have been broken in which 1600 poles have been installed. Restoration work of the remaining pole is in progress. CMD Prabhakar Rao Raghuram Reddy told the CM that where there is power interruption, power is restored immediately through alternate facilities.