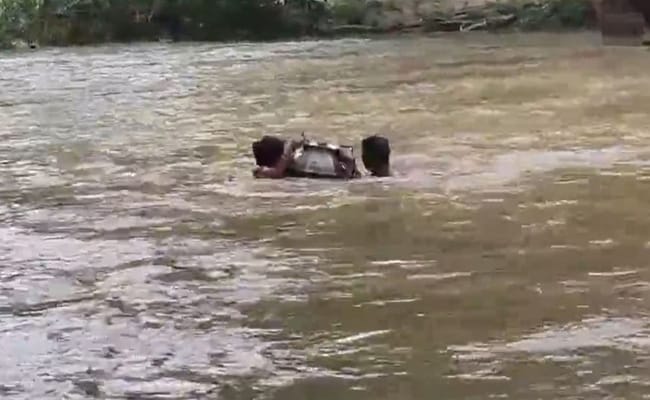 In the Sukma district of Bastar region of Chhattisgarh, the river and drain are in spate. In such a situation, the local people cross the river facing danger. The most surprising picture in such an attempt is that in which children are being made to cross the river by keeping them in big pots. This picture has come out from the Sukma area of ​​Bastar. Arrangement has been made. Villagers are using big cauldrons as boats for children. This system is very dangerous, there is a possibility of accident in it at any moment.

People living in villages deep in Bastar are trying to get to safer areas amid heavy rainfall, In Sukma villagers are seen getting ready to cross a big river, which is carrying a strong current and whose water levels have risen due to heavy rain, without a boat @ndtvpic.twitter.com/VMVIR0Zdws

According to the information, due to heavy rains, about 200 villages of Bastar have lost their contact with other parts. Traffic has come to a standstill on National Highway 30 connecting Chhattisgarh with Andhra Pradesh and Telangana. A major part of the highway has been submerged due to rising water levels in Godavari and Shabari. Around 20,000 people from 85 villages of Bijapur are worst affected. The government has opened 18 relief camps in Bastar and 53 in Bijapur. Around 12,000 people in 51 villages of Bastar are affected by the rains and floods; 6,400 people are worst affected in Jagdalpur.