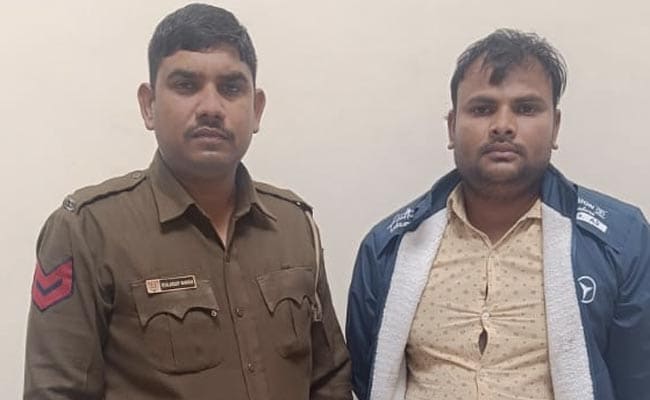 Arrested for raping a woman and blackmailing her by making a video in Ballabhgarh.

The police have arrested an accused from Saharanpur in Uttar Pradesh for raping a woman from Ballabhgarh police station area and blackmailing her by making a video of the rape. Police has also recovered a mobile phone with video from him.

Police spokesperson Sube Singh said that the name of the arrested accused is Pradeep (28). He is a resident of Saharanpur, UP. A case was registered against the accused in City Police Station Ballabhgarh under sections of rape. The accused started blackmailing a woman by making a photo and video of the incident of rape and kept raping her repeatedly.

In her complaint to the police, the woman told that she had met the accused last year. In April 2021, the accused carried out the rape of the woman by persuasion and made her photo and video. After this, the accused kept calling her to him repeatedly and blackmailed her by threatening to make her photos and videos viral if she did not come.

In this way, the accused carried out the incident of rape with the woman several times. The woman told that the accused also took Rs 3 lakh from her by blackmailing her. It is being investigated now. On the basis of the woman’s complaint, action was initiated in the matter by registering a case against the accused. The police arrested the accused on 29 November. For in-depth inquiry in the case, the accused was produced in the court and taken on police remand for 2 days.

During police interrogation, it was revealed that the accused was earlier working in a private company in Faridabad. He met the victim woman through some person. After this, he raped the woman by coaxing her and made her photo and video and by blackmailing her repeatedly, he continued to rape her. The police have recovered the mobile phone used in the incident from the possession of the accused. After the completion of the police inquiry, the accused will be presented in the court tomorrow and sent to jail.

Now travel paperless from Delhi, Varanasi and Bengaluru airports, all you have to do for ‘Digiyatra’
Wife was fulfilling vow to save marriage, husband got her murdered to get insurance amount of Rs 1.90 crore
“Will the Muslims and Christians of our country be called Hindu Muslims and Hindu Christians?” : Shivanand Tiwari